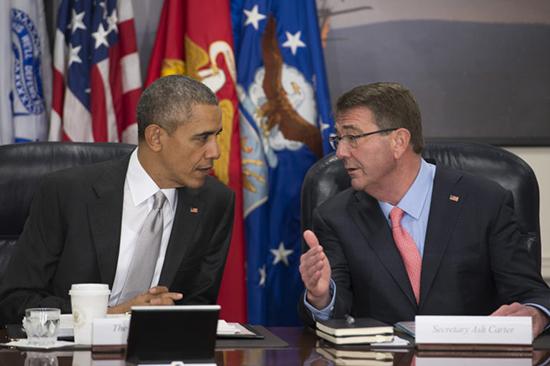 A new book, an anonymous Op-Ed and an Obama speech in the first seven days of September appeared to reveal dangerous insider moves against a dangerous, but constitutionally elected president, writes Joe Lauria.

In the first seven days of September efforts to manage and perhaps oust a constitutionally elected president were stunningly made public,  raising complex questions about America’s vaunted democratic system.

What unfolded appears reminiscent of the novel and film Seven Days in May: the story of an attempted military coup against a U.S. president who sought better relations with Russia. The fictional president was based on the real one, John F. Kennedy, who opened the White House in 1963 to director John Frankenheimer to film the only scenes of a Hollywood movie ever made there.

Kennedy was well aware of the Pentagon brass’ political fury after his refusal to proceed with a full-scale assault against Cuba in the Bay of Pigs operation. It was compounded by his desire for detente with Moscow after the Cuban Missile Crisis, which Kennedy expressed forcefully in his seminal American University address, five months before his death.

This is the essential (must watch) scene in the film, a brilliant 2:25 minutes of screen history:

The key quote from the character playing Kennedy is: “You have such a fervent, passionate, evangelical affection for your country, why in the name of God don’t you have any faith in the system of government you’re so hellbent to protect?”

You didn’t have to know Jack Kennedy to know that Donald Trump is no Jack Kennedy. Trump has staked out a raft of positions dangerous to the interests of most Americans and people around the world: on climate, billionaire tax breaks, health insurance, drone warfare, torture, immigration, Iran, Palestine and more.

But Trump has ostensibly tried to improve relations with Russia and North Korea to defuse the most sensitive nuclear trigger points on earth.  And for that he at least appears to be getting the pre-1963 Kennedy treatment.

Until the first seven days of September there was only circumstantial evidence that intelligence agencies worked with the party in power to undermine the opposition party candidate before the election and the president afterward.

This created a picture of the Democrats, the ruling party in the executive branch, using its intelligence agencies to undermine first a candidate and then a constitutionally elected president. Most of the corporate media buried or dismissed these leads as a “conspiracy theory,” while relentlessly pushing the so-far unproven conspiracy theory that Trump colluded with Russia to steal the election.

The effort appeared to be classic projection onto Russia to deflect attention from Hillary Clinton’s self-made defeat and, in centuries-old political tradition, to falsely blame a hostile foreign power for rising domestic unrest resulting instead from bi-partisan, unjust policies, which have indeed “undermined our democracy” and “sowed social divisions.” It was that unrest that helped elect Trump.

As much of a danger as he may be to the republic, Trump will be gone in two or six years. The greater danger may well have been out-of-control, unelected intelligence officials inserting themselves into the electoral process and now, allied with Trump administration officials, into the governing process. A saying at the National Security Agency is: “Administrations come and go, but we will still be here.”

There have always been suspicions of forces behind the scenes holding the real power over American presidents. We only occasionally get glimpses of this.

Defense Secretary Ash Carter openly defied President Barack Obama when he sabotaged a plan to cooperate militarily with Russia against extremists in Syria by killing dozens of Syrian Arab Army soldiers just as Secretary of State John Kerry was nailing down the details of the agreement, which was then abandoned. This came as unelected officials pressured Obama to directly intervene in Syria.

Most of the time we are left to speculate about the unseen forces controlling a president.

But in September’s first seven days we had three unusually public indications of unelected people trying to undermine an elected president:  the revelations in Bob Woodward’s new book; the anonymous op-ed in The New York Times and an unusual speech by Barack Obama about Trump.

Masha Gessen, a strong critic of Trump and Russian President Vladimir Putin, explained the danger this way in The New Yorker:

“Having this state of affairs described in print further establishes that an unelected body, or bodies, are overruling and actively undermining the elected leader. While this may be the country’s salvation in the short run, it also plainly signals the demise of some of its most cherished ideals and constitutional norms. An anonymous person or persons cannot govern for the people, because the people do not know who is governing.”

On Sept. 5, The New York Times took the highly unusual decision to publish an anonymous op-ed article. Titled, “I Am Part of the Resistance Inside the Trump Administration,” it had the subtitle: “I work for the president but like-minded colleagues and I have vowed to thwart parts of his agenda and his worst inclinations.”

The official, who has yet to be unmasked, provides clear evidence of unelected officials trying to control a less-than aware president:  “The dilemma — which he does not fully grasp — is that many of the senior officials in his own administration are working diligently from within to frustrate parts of his agenda…”

But here is the key.  This behind-the-throne power has a distinct political agenda. They’re not really concerned about “rising above politics, reaching across the aisle and resolving to shed the labels in favor of a single one: Americans” as the writer professes. Their concern is  determining policy.

For instance this cabal has no problem with some of the most regressive parts of Trump’s program. The writer celebrates them.  “Don’t get me wrong,” he writes. “There are bright spots that the near-ceaseless negative coverage of the administration fails to capture: effective deregulation, historic tax reform, a more robust military and more.”

Deregulation to let the private sector run roughshod over workers. Deregulation to worsen climate change. Tax reform to put millions more into billionaire’s pockets while average Americans remain mired in debt. And a more robust military to multiply human suffering around the world.

This, instead, seems like the real problem the insiders have with Trump: “On Russia, for instance, the president was reluctant to expel so many of Mr. Putin’s spies as punishment for the poisoning of a former Russian spy in Britain. He complained for weeks about senior staff members letting him get boxed into further confrontation with Russia, and he expressed frustration that the United States continued to impose sanctions on the country for its malign behavior. But his national security team knew better — such actions had to be taken, to hold Moscow accountable.”

It is Trump’s Russia policy–the only rational part of his agenda–that is their problem, not unlike the generals in Frankenheimer’s masterpiece.

On Sept. 7, Obama broke with the tradition of former presidents and criticized his successor in a speech at the University of Illinois. It’s an unwritten rule in Washington then when you leave the White House you don’t look back. Of course it’s been broken before. Teddy Roosevelt called Taft a “puzzlewit” and a “fathead.”  But the idea is that when you are no longer an elected president you shouldn’t undermine the one who is.

“How hard can that be, saying that Nazis are bad?” Obama said, referring to Trump’s reluctance to condemn neo-Nazis in Charlottesville, VA last year.

As Obama was still president when his intelligence agencies apparently went to work on Trump, it was a bit rich for him to say: “”It should not be Democratic or Republican, it should not be partisan to say that we don’t pressure the Department of Justice or the FBI to use the criminal justice system as a cudgel to punish our political opponents.”

Evidently recalling his own battles with administration officials who pressured him, Obama however recognized that it is undemocratic for a president’s team to try to undermine him.  “The idea that everything will turn out OK because there are people inside the White House who secretly aren’t following the President’s orders,” Obama said of the anonymous op-ed, “… is not a check. I am being serious here. That is not how our democracy is supposed to work.”

The most alarming revelations about the effort to control a president come from Woodward’s book, Fear: Trump in the White House, which first appeared in the media during the first seven days of September on Sept. 4. Woodward said in an interview that he “looked hard for evidence of collusion with Russia, but didn’t find any.”

That did not stop members of Team Trump from interfering in his duties as chief executive, going well beyond the role of counseling the president.

Much of Woodward’s reporting is from anonymous and second hand sources.  Assuming that what he writes is true he reported that former White House economic adviser Gary Cohn “stole a letter off Trump’s desk.”  Had Trump signed it, the U.S. would have withdrawn from a free trade agreement with South Korea.  Woodward quotes Cohn in the words of an unnamed official as saying, “I stole it off his desk….I wouldn’t let him see it. He’s never going to see that document. Got to protect the country.”

That would appear to cross the line.

However it then becomes a lot more complicated than Seven Days in May.

“He drafts a tweet saying, ‘We are going to pull out dependents from South Korea … Family members of the 28,000 people there,’” Woodward told CBS News.

That tweet was never sent, because of a back channel message from North Korea that it would regard a pullout of dependents as a sign the U.S. was preparing to attack. “At that moment there was a sense of profound alarm in the Pentagon leadership that, ‘My God, one tweet and we have reliable information that the North Koreans are going to read this as an attack is imminent,’” Woodward said.

According to the book, Trump also told Defense Secretary Jim Mattis to assassinate Syrian President Bashar al-Assad after the April 2017 chemical attack.  “Let’s fucking kill him! Let’s go in. Let’s kill the fucking lot of them,” Trump said, according to Woodward. (That would not please the Kremlin, his supposed master, but whatever) .

Mattis supposedly told Trump he’d “get right on it” but ignored the order.  Mattis devised pin prick strikes instead.

Is that insubordination? Or was that saving the U.S., the Middle East and perhaps the world from a major war?

It certainly sets up an excruciating dilemma. This time it may be the generals preserving the peace.