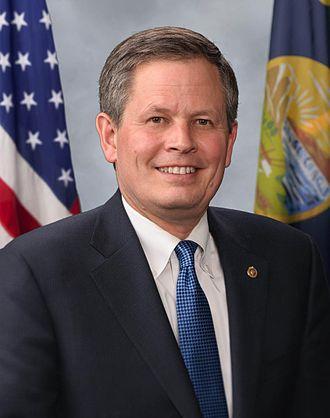 In a dramatic development late Thursday, Sen. Steve Daines, R-Mont., has said he will attend his daughter’s wedding in Montana on Saturday, when a final vote on Supreme Court nominee Brett Kavanaugh’s confirmation is scheduled to be held.

However, in an unusual late-night phone call, Fox News has learned, Daines called Kavanaugh and personally reassured him that “he has made arrangements to be there to get him across the finish line as needed.”

In an interview with Fox News Thursday night, Daines said he spent three hours reviewing the FBI’s confidential background check into Kavanaugh earlier in the day, and that “there’s absolutely zero corroborating evidence to support” the sexual misconduct allegations against him.

The GOP could, however, hold the session open overnight and allow Daines to vote Sunday if needed. “We’re going to find out a lot tomorrow,” Daines told Fox News. “And we’ve got a plan ready to go.”

Daines didn’t seem to think his absence would affect the final vote, even though Republicans hold a narrow 51-49 majority in the Senate. Daines told The Associated Press on Thursday that two things are going to happen this weekend: There’s going to be a new Supreme Court justice, and Daines is going to walk his daughter down the aisle.

Daines’ office told Fox News that the timing of the FBI’s recent probe into sexual assault allegations against Kavanaugh was fluid, meaning it was not known that there would be a conflict.

His office stressed that he reviewed the FBI’s supplemental background check and found no corroborating evidence to back up allegations against Kavanaugh. Daines will be in attendance Friday morning when the Senate takes a vote to end debate on Kavanaugh’s nomination.

Fox News’ Gregg Re contributed to this report.