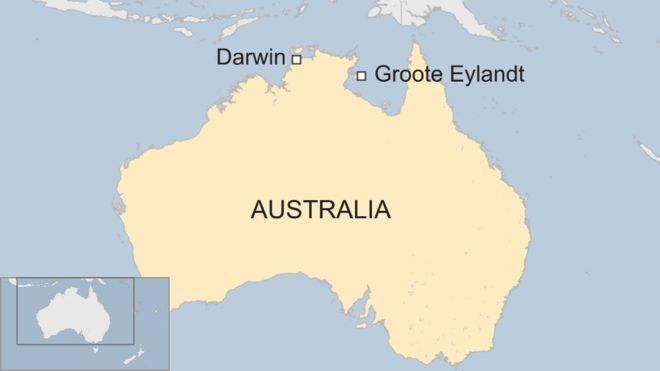 A British man has died after being bitten by a sea snake on a fishing trawler in Australia, police have said.

The man, 23, had just pulled up a net off the coast of the Northern Territory when he was bitten about 09:00 local time on Thursday (23:00 GMT Wednesday).

Emergency crews were called to the boat, near island Groote Eylandt, but were unable to save the man.

The man was pronounced dead after being taken to the mainland town of Borroloola. Police said a post-mortem would be conducted.

According to research published last year, snakes were responsible for 27 deaths in Australia between 2000 and 2013.

Sea snakes are highly venomous, but because of their limited contact with humans, bites are relatively rare.