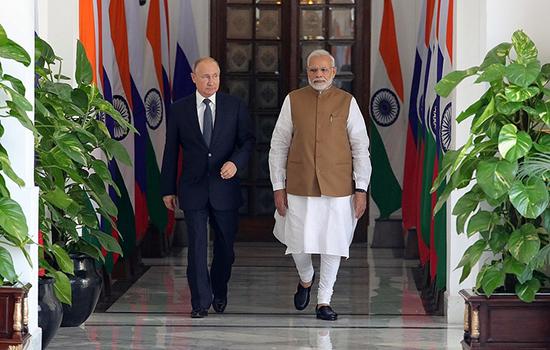 Sputnik-India and Russia signed a $5.4 billion S-400 Triumf surface-to-air missile deal on Friday during an annual bilateral meet in New Delhi, according to the Economic Times.

The delivery of the five advanced S-400 Triumf squadrons will begin in October 2020.

The deal has been signed despite the looming threat of US financial sanctions.

In mid-July, Indian Defense Minister Nirmala Sitharaman said that Delhi and Moscow had reached a final stage in talks on the deliveries of S-400.

The United States has been trying to prevent other countries from buying S-400 from Russia, in particular by invoking its Countering America’s Adversaries Through Sanctions Act (CAATSA) which envisions punitive measures for any third party that carries out major transactions with the sanctioned Russian companies.

India earlier made it clear that US sanctions would not deter it from making crucial purchases from Russia. Indian Defense Minister Nirmala Sitharaman, on July 13 during a media interaction, termed CAATSA as an American law and not a UN law and said that India will go ahead with the S-400 Triumph air defense missile systems deal.

The S-400 Triumf system is a next-generation mobile air defense system, which is capable of destroying aerial targets at an extremely long range of up to 400 kilometers (almost 250 miles).