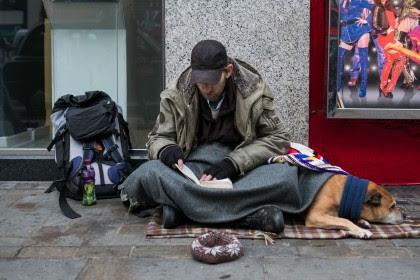 The majority of adults in the UK believe there is less empathy in society now compared with a year ago.

Only 12% of people quizzed for a new study by YouGov said they had noticed an increase in most peoples’ ability to put themselves in others’ shoes, while 51% reported a decrease.

The findings point to “an emerging crisis of empathy”, according to the Scout Association, which commissioned the research.

“All sorts of factors could be contributing to this – the uncertainty around Brexit and the alienating effects of social media – but it’s clear that cracks are appearing nonetheless,” says the organisation’s chief executive, Matt Hyde, in an article on voluntary sector news site Third Sector.

“The reality is we’re not listening to each other and, in particular, we’re not engaging with people who are different from us,” he adds.

Research by Cambridge University earlier this year “found empathy is a largely learned trait, although it can be passed on genetically in a minority of cases”, says The Guardian.

Explorer Bear Grylls, chief scout at the Scout Association, warns that if the general decline in empathy continues, “we risk more division in our communities and increasing alienation among young people”, the newspaper reports.

Grylls said: “In a world that sometimes feels fractured and insular, empathy and kindness are more important than ever. When society is polarised we need to work twice as hard to understand each other and find ways of working together.

“I believe young people have a right to develop key skills such as empathy and kindness and we urgently need more adult volunteers to help us do this.”

Ben Page, chief executive of Ipsos Mori, said studies had shown that people born prior to the establishment of the NHS and the welfare state were more empathetic towards the poor than each subsequent generation.

“This continued until the [2008] crash, when empathy increased, but levels have still not returned to that of the 1980s,” he said. “We have become a society less empathetic to the working-age poor.”