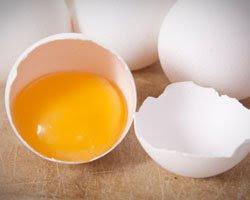 The multi-state salmonella outbreak linked to Gravel Ridge Farms cage-free large eggs has grown and consumers, restaurants, and retailers should not to eat, serve, or sell the eggs, the U.S. Centers for Disease Control and Prevention says.

Illnesses in the outbreak began on dates ranging from June 17 to Aug. 16, 2018. Gravel Ridge Farms recalled packages of a dozen and 2.5 dozen eggs in cardboard containers that were sold in grocery stores and to restaurants in Alabama, Georgia, and Tennessee.

The investigation is continuing, the CDC said. People who think they got sick from eating the recalled eggs should contact a healthcare provider, the agency advised.

Symptoms such as diarrhea, fever and stomach cramps begin 12 to 72 hours after swallowing the germ. Most people recover within a week, but some illnesses can last longer and be more severe, the CDC said.