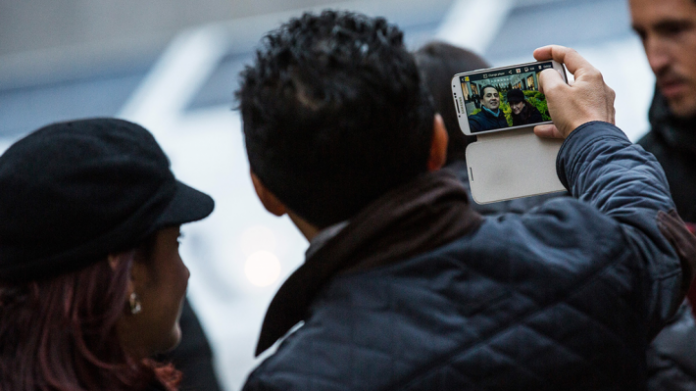 More than 250 people have met their deaths while attempting to take the perfect selfie since 2011, according to the first study of its kind.

Researchers at the All India Institute of Medical Sciences in New Delhi found 259 people died while attempting to take a photograph of themselves in 137 separate incidents around the world between October 2011 and November 2017.

The leading cause of death-by-selfie was drowning, says the Washington Post, “followed by incidents involving transportation – for example, taking a selfie in front of an oncoming train – and falling from heights”.

“Other causes of selfie-related deaths include animals, firearms and electrocution,” the newspaper adds.

The study found a steep rise in selfie deaths, from two in 2011 to 98 in 2016, USA Today reports. However, the trend may finally be on the wane, with the number of selfie deaths last year dropping slightly to 93.

Researchers used reports in English-language news outlets to tally the number of deaths, meaning that the true number could be even higher when accounting for incidents that may not have been reported in the anglophone media.

Here are just six examples of selfies that led to a fatal accident:

In February, a 24-year-old Thai woman was hit and killed by a train while attempting to take a picture of herself and her friend on a Bangkok rail track.

Her friend said they were drinking and did not see the approaching train on the other track. The woman suffered a severed leg and later died in hospital.

Electrocuted on top of a train

A 21 year-old man was killed when he climbed onto the top of a stationary train to take a selfie with friends and accidentally touched a high-voltage power cable running overhead. According to The Local, the Andalusian man was killed instantly by the 35,000 volt charge, but another member of the group survived the shock.

A Polish couple living in Portugal with their two young children stumbled off a cliff edge while trying to take a selfie. The unnamed pair fell hundreds of feet from the scenic Cabo da Raca coastline, after apparently crossing a safety barrier in their quest for a striking picture. Their two children, aged five and six, witnessed the tragedy but were otherwise unharmed, the Daily Mail reports.

Accidental gunshot to the head

Oscar Otero Aguilar made international headlines after he accidentally shot himself dead while posing for a selfie with a handgun. The 21-year-old Mexican had been drinking with friends when he decided to take a picture with the weapon, which discharged, fatally injuring him. The Daily Telegraph notes that Aguilar’s Facebook profile was full of snaps showing him posing alongside drinks, cars and women.

A Russian teenager who scaled a St Petersburg railway bridge in a fatal attempt to take a spectacular photo plummeted 30ft to her death after losing her balance. Amateur photographer Xenia Ignatyeva lost her footing on the bridge and grabbed a nearby cable, which turned out to be live. She received an electric shock and fell to her death. Her grandmother is quoted in the Daily Mirror as saying: “The police said she wanted to take a snap of herself at night, to give it the most dramatic effect and with the railway line as a backdrop.”

A US woman died in a highway accident just seconds after uploading a selfie of herself enjoying Pharrell Williams’ hit Happy on her car stereo. The Independent reports that Courtney Sanford’s status declaring her love for the tune, accompanied by a selfie taken at the wheel, appeared on Facebook just one minute before police received reports of a collision involving Sanford’s vehicle.