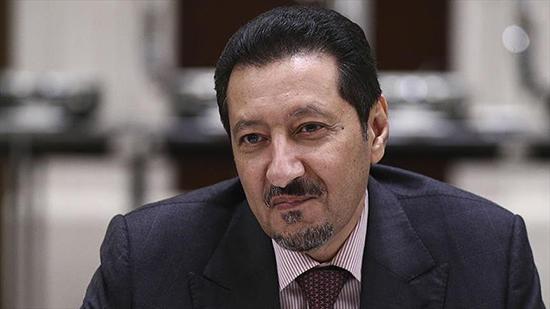 The Turkish Foreign Ministry has called Saudi Arabia’s ambassador to Ankara, seeking an explanation for the disappearance of a missing Saudi contributor to The Washington Post.

“We don’t have any information about him, we are probing it,” Saudi Ambassador Walid binAbdulkarim al-Khuraiji said after the meeting.

Jamal Khashoggi, who had been living in self-imposed exile in the United States while writing columns critical of the kingdom and its policies under upstart Crown Prince Mohammed bin Salman, disappeared while on a visit to Saudi Arabia’s consulate in Istanbul on Oct. 2.

“The consulate confirmed that it is carrying out follow-up procedures and coordination with the Turkish local authorities to uncover the circumstances of the disappearance of JamalKhashoggi after he left the consulate building,” a statement carried by the state-run Saudi Press Agency said.

The statement comes after Turkish President Recep Tayyip Erdoğan’s spokesperson İbrahim Kalın told reporters on the night of Oct. 3 that authorities believed the journalist was still there.

“According to the information we have, this person who is a Saudi citizen is still at the Saudi Consulate in Istanbul,” said Kalın. “We do not have information revealing the contrary,” he said.

On Oct. 2, Khashoggi entered the consulate to get paperwork he needed in order to be married next week, said his fiancee Hatice, who gave only her first name out of fear of retribution. He gave her his mobile phones for safekeeping, something common as embassies throughout the Middle East routinely require phones to be left outside as a security precaution.

Hours later, Hatice said she called Khashoggi’s friends in panic when he never came out.

“I do not know what has happened to him. I cannot even guess how such a thing could happen to him,” his fiancee told The Associated Press.

“I think they flew him abroad,” she also said, according to Turkish media reports on Oct. 4.