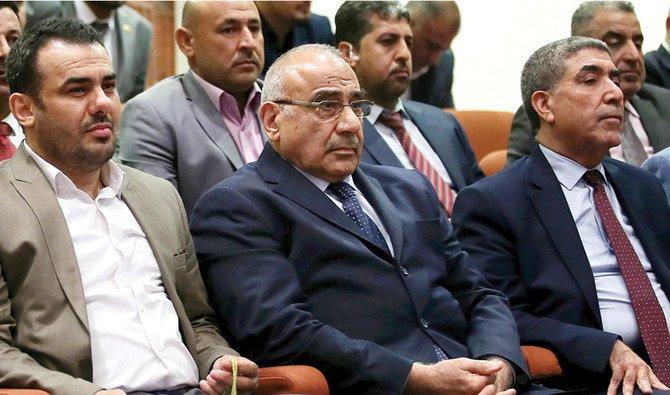 NEW TORK: UN Secretary-General Antonio Guterres said he hopes for the “swift” formation of an “inclusive” Iraqi government following the election of the country’s president.

“The secretary-general hopes the election of the president will pave the way to the swift formation of an inclusive government in line with constitutional timelines,” Guterres said in a statement that also congratulated Barham Salih on his election as the Iraq’s new president.

Salih tasked Adel Abdul-Mahdi — who is seen as an independent — with forming the next Iraqi government late on Tuesday, only hours after being elected.

The largest bloc traditionally appoints the prime minister and presides over the formation of the next government, but the exact contours of a new governing coalition are yet to be drawn.

Several different blocs in the Iraqi Parliament are jostling for power following the May elections — in-fighting which had so far stymied the formation of a new government.

The largest bloc traditionally appoints the prime minister and presides over the formation of the next government.

But the exact contours of a new governing coalition are yet to be drawn.

Sadr’s list won the largest share of seats in the May polls. And after dumping Abadi, it swung behind the pro-Iran bloc led by Hadi Al-Ameri’s Conquest Alliance — a coalition of anti-extremist veterans close to Tehran.

A spokesman for Conquest Alliance, Ahmad Assadi, said late on Tuesday that “the largest coalition resolved the issue by naming the prime minister” hinting his bloc had supported Abdel Mahdi’s nomination, but without offering up any concrete evidence.

Iraq has a proportional system designed to prevent a slide back into dictatorship following the 2003 ouster of late dictator Saddam Hussein.

The largely ceremonial role of president, now taken by the 58-year-old Saleh, has been reserved for the Kurds since Iraq’s first multi-party elections in 2005.

The 76-year-old Abdel Mahdi, a former Iraqi vice president, has proven political credentials and is seen in Iraqi circles as an independent.

In a country long a political battleground between the US and Iran as they fight for influence, he is regarded as a rare figure of consensus.

An economist by training, he was once a senior member of a party close to Iran. But he has also won the backing of US and European leaders.

In 2014, Abdel Mahdi took up the post of oil minister under Abadi before resigning two years later.

Now he has just 30 days to navigate tangled Iraqi politics and form a government. If he fails, then another candidate will have to be chosen to pick up the baton.

A native of Baghdad, Abdel Mahdi is nonetheless credited with having good relations with a number of Kurdish leaders. This could be crucial, coming a year after a disastrous referendum in which Iraqi Kurdistan voted overwhelmingly for independence.