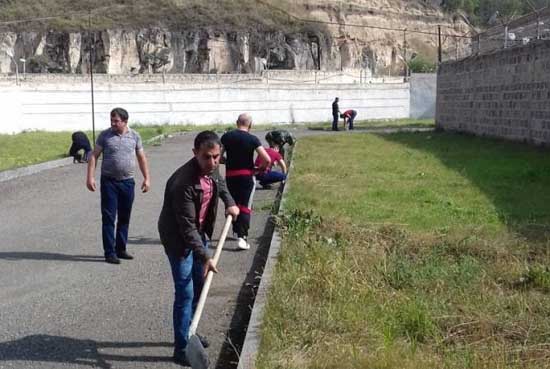 YEREVAN, Armenia (AP) – Police in Armenia say a former member of parliament was shot to death in a restaurant and that the suspected assailant, also a former lawmaker, later died of a suspected suicide.
According to police, Karo Karapetian and Arutyun Karagezian met Saturday in a restaurant in the Armenian capital of Yerevan and that a quarrel over unspecified financial issues broke out. Karapetian was shot and pronounced dead at a hospital.
Police say Karagezian was found dead early Sunday of a gunshot wound in a village north of the capital with a gun in his right hand.
Police spokesman Edgar Dzhanoian said a pistol found at the restaurant where Karapetian was killed belonged to Karagezian.
Both men were former parliament members for the Prosperous Armenia Party, which is currently in opposition.