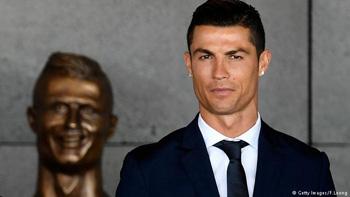 The lawyer for Kathryn Mayorga, who claims she was raped by Cristiano Ronaldo in a Las Vegas hotel room in 2009, says he has been contacted by a second woman claiming to have been sexually assaulted by the football star.

Leslie Stovall, representing American former model Mayorga, now 34, told The Mail on Sunday: “I have had a call from a woman who claims to have had a similar experience.” He refused to name the woman in question.

Ronaldo is accused of anally raping Mayorga in a bedroom while she cried “no, no, no”, having grabbed her from a separate room in a Las Vegas penthouse where she was changing.

He is also accused of coercing Mayorga into accepting $375,000 hush money, which her lawyers claim she was ‘bullied’ into signing, per The Mail.

Las Vegas police confirmed they had reopened a sexual assault case from 2009 by request of the woman named in a lawsuit filed on September 27.

The allegations against Juventus winger Ronaldo were first published by German news outlet Der Spiegel as a result of their investigation.

Ronaldo labeled the claims “fake news” and on Wednesday tweeted his resolute denial of the allegations, writing: “Rape is an abominable crime that goes against everything that I am and believe in.”

In a follow-up tweet, the Portugal national team captain then insisted his “clear conscience will thereby allow me to await with tranquility the results of any and all investigations.”