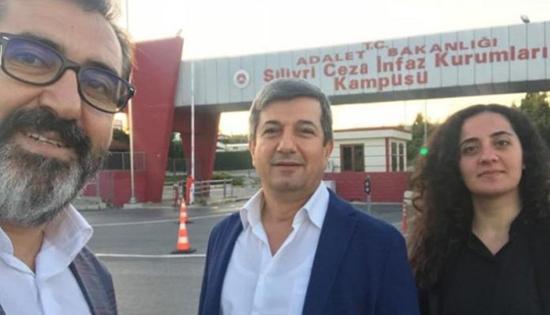 An attorney who was briefly arrested last week for a defense he gave during a hearing in İstanbul said he had been subjected to ill treatment during his detention, the Artı Gerçek news website reported on Sunday.

Ömer Kavili was defending members of the famous music band Grup Yorum during a hearing on Friday and got into an argument with the judge in the courtroom.

The police detained him following the row, and a penal court of peace ruled to arrest him for defying the judicial system by “seeking justification in the case through reverse psychology aiming to present himself and the client as victims.”

Many on social media criticized the reason for the arrest, citing “reverse psychology” as an over-interpretation. Kavili told Artı Gerçek it was a “first in the history of the practice of law.”

Evaluating an appeal, another court ruled to release him pending trial.

“The judges and prosecutors are upset that I slipped through their fingers,” Kavili said.

“After the prosecutor ordered my detention, gendarmes attacked on me and dragged me on the floor. Inside the cell they put me on the floor and kneed me in the chest. Even though I had the marks of that ill treatment on my body, the prosecutor ignored them. I was later arrested,” Kavili added.

He also stated that the justice minister called him saying that he was sorry.

“This is a threat to all attorneys and citizens,” Kavili said.