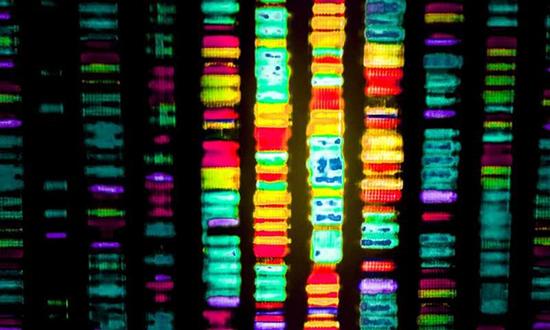 The breakthrough at the John Radcliffe Hospital is significant as this is the first time an outbreak of Candida auris (C. auris) has been completely ended with a clear understanding of the cause.

The study, published in the New England Journal of Medicine, was conducted by the Infection, Prevention and Control and Neurosciences Intensive Care Unit (ICU) teams from OUH, the University of Oxford’s Nuffield Department of Medicine, the Big Data Institute and the NIHR Health Protection Research Unit and Public Health England, and supported by the NIHR Oxford Biomedical Research Centre.

The lead investigator, Dr. David Eyre, Research Fellow in Infectious Diseases at the Big Data Institute, said: “It is very pleasing that our research has led to the C. auris outbreak being stopped. There are a number of hospitals in the UK and around the world that have been unable to halt their outbreaks. Working out how it is transmitted should help to contain its spread worldwide.

“Such is the nature of this pathogen that we must remain vigilant, and we’re delighted that, since we changed our approach as a result of our findings, we have had no further cases.”

C. auris is an emerging, multi-drug resistant fungal pathogen recently associated with outbreaks worldwide, often in intensive care units. In some patients, C. auris can enter the bloodstream and spread throughout the body, causing serious infection.

The researchers investigated a large C. auris outbreak at the John Radcliffe Hospital’s Neurosciences ICU between 2015 and 2017, during which 70 patients were identified as being colonised or infected with C. auris.

Patients in Neurosciences ICU were regularly screened for C. auris, as were those on the adjacent Neurosciences ward. Samples were also taken from the environment, focusing on sampling high-touch areas and multi-use devices.

“We found that C. auris was rarely detected in the general environment; there was no trace of the organism on surfaces within the unit and only 1 out of 16 air samples was positive,” Dr. Eyre explained.

“However, we did find C. auris on multi-use patient equipment, particularly temperature probes. There were close genetic matches between C. auris isolated from patients and from these thermometers. We found that having their temperature monitored with one of these probes was an important risk factor for acquiring C. auris. And unlike with pathogens like C. difficile, bed proximity did not appear to be a factor in transmission.

“So our research clearly showed that environmental survival appears to be key to Candida auris’s persistence and transmission in healthcare settings. This led to us implementing successful infection control measures to contain the outbreak – including removing multi-use skin surface thermometers from use,” he said.

Professor Derrick Crook, Director of National Infection Service at Public Health England and Antimicrobial Resistance Theme Lead at the NIHR Oxford Biomedical Research Centre, said: “This study will feed directly into healthcare guidelines regarding the use of multi-use equipment, and in particular the decontamination of this equipment in the event of future outbreaks.

“Although a relatively small number of patients in the Oxford study had clinically significant C. auris infections, such infections can have serious consequences for the kind of vulnerable patients admitted to intensive care units, particularly as C. auris is highly resistant to many anti-fungal agents. The action that was taken as a result of this research undoubtedly prevented more patients becoming colonised and infected.”