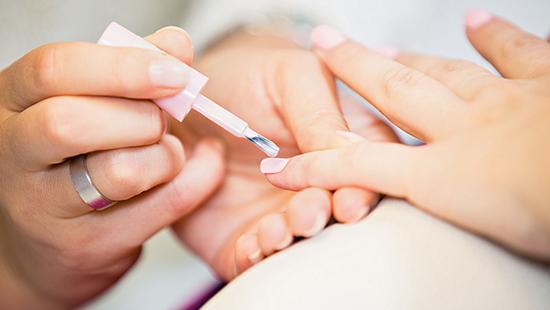 This manicure needs a haircut.

Nail Sunny in Moscow, Russia, is known for its outrageous manicures – however, its most recent nail art may be the most bizarre of them, yet.

The salon posted a video on Instagram showing a woman with long hair flowing from her fingertips. The hair is then curled with a straightening iron.

The post, which has been viewed over 466K times, goes on to show how the strange nails are created – however, according to the comments, there don’t appear to be too many who want to try the hairy technique out for themselves.

One commented, “That’s nasty. How would you eat with those nails.”

“Unfollowing now, these post are just getting ridiculous,” another wrote.

Though many of the thousands of comments were negative reactions to the nail wigs, there was some positive feedback.

“Perfect for Halloween,” another commented.

In addition to out-there Halloween styles, the Russian salon also made faces of Khabib Nurmagomedov and Conor McGregor leading up to the brutal match-up of the two Saturday, which ended in a near riot.

Alexandra Deabler is a Lifestyle writer and editor for Fox News.