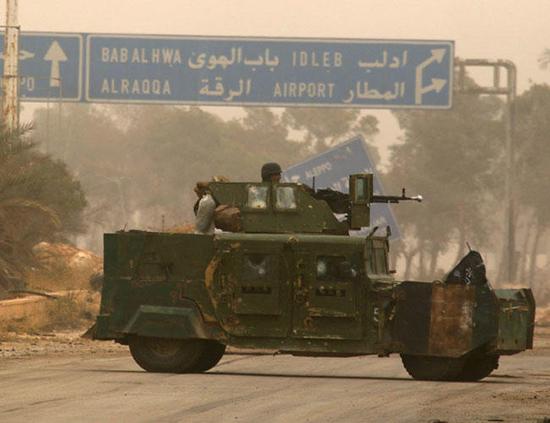 Opposition groups in Syria’s northwestern Idlib announced on Oct. 6 that they had begun withdrawing heavy weapons from the frontlines, conforming to the Turkey-Russia deal.

Naci Mustafa, a spokesman for the National Front for the Liberation of Syria affiliated with the Free Syria Army (FSA), told Anadolu Agency that the opposition groups began withdrawing their heavy weapons in line with the Sochi agreement in which Russia and Turkey agreed to set up a demilitarized zone.

Mustafa said the light weapons would remain and they would continue digging ditches as a measure against a possible attack by the Syrian regime.

“The removal of heavy weapons is being carried out with the coordination of Turkish authorities,” he said.

Ankara and Moscow also signed a memorandum of understanding calling for the “stabilization” of Idlib‘s de-escalation zone, in which acts of aggression are expressly prohibited.

Under the deal, opposition groups in Idlib will remain in areas in which they are already present, while Russia and Turkey will conduct joint patrols in the area with a view to preventing renewed fighting.

Syria has only just begun to emerge from a devastating conflict that began in 2011, when the Assad regime cracked down on demonstrators with unexpected ferocity.