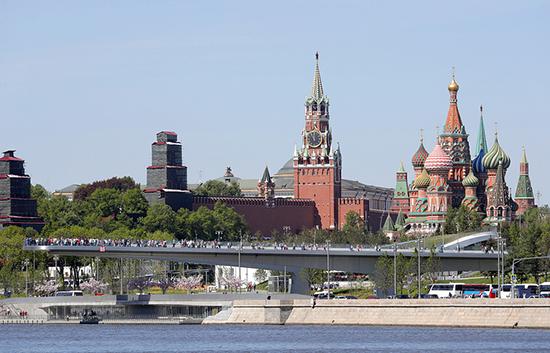 The Russian Finance Ministry has announced a plan to wean the country of dollar dependence. It is expected to be a long and painful process. RT has asked analysts to explain how this could be done.

According to the plan published this week, Russia seeks to de-dollarize the economy by 2024. The program is long and complicated, but its key point is that Russian exporters who use rubles instead of dollars would get huge taxation benefits including quicker VAT returns and other stimulus to ditch the greenback.

But there are also other ways to strengthen the role of the ruble in Russia. “It is necessary to gradually switch to such a system of international payments, which implies payment in rubles for Russia’s best and most popular goods on the world market like oil, gas and arms exclusively,” Andrey Perekalsky, analyst at insurance brokerage FinIst, told RT.

Russia should also unite with China and the European Union in creating a payment channel that can’t be controlled by the United States. The alternative to the SWIFT interbank settlement network that could bypass Iranian sanctions could be seen as a first step in that direction, the analyst notes.

Petr Pushkarev, chief analyst at TeleTrade, says that Russia with its almost $500 billion in foreign reserves, could keep the ruble stable despite US sanctions pressure. The current period of high oil prices could also help.

However, Russia should diversify not only into rubles, but also use the Chinese yuan, Vietnamese dong, Indian rupee, and even the euro, the analyst says. “The euro shouldn’t be feared. The dollar is pretty much overvalued against the euro; the IMF forecasts a gradual devaluation of the dollar by 10-15 percent,” Pushkarev said.

“American policy is disliked not only in Russia. EU officials have already openly announced that they are starting to create their own system of settlements with Iran, in which transactions will not be transparent to the US authorities and therefore will not be subject to sanctions,” he added.

Using the European currency has its drawbacks, too, says Eldiyar Muratov, President at Singapore Castle Family Office. “In September, the ECB deposit rate remained at the level of -0.4 percent. In other words, if you want to keep your money in euros – you pay for it. Accordingly, Russian exporters will have to make discounts to consumers in order to persuade them to switch to calculations in euros,” he said.

Volatility of the Russian ruble is another difficulty for Russian authorities in their attempt to de-dollarize the economy. The Russian currency has a free-floating exchange rate and in the last 12 months its exchange rate varied from 56 to 71 against the greenback.

“While the ruble is rising as a settlement currency, the central bank has to prevent the volatility which undermines its role in international trade operations. The regulator should look at the positive experience of China or even Belarus,” Vladimir Rozhankovsky, expert of the International Financial Center, told RT.

To solve this problem, Russia should develop its financial markets, warns Ivan Kapustiansky, leading analyst at Forex Optimum. “It is necessary to hedge currency risks at least with the help of options, futures, etc. A strong clearing system is also needed for payments in national currencies,” he said.

The majority of analysts interviewed by RT have agreed that reducing the share of US dollar in the Russian economy is a long, painful and costly process. But this trend is inevitable not only for Russia, but also for the global economy.