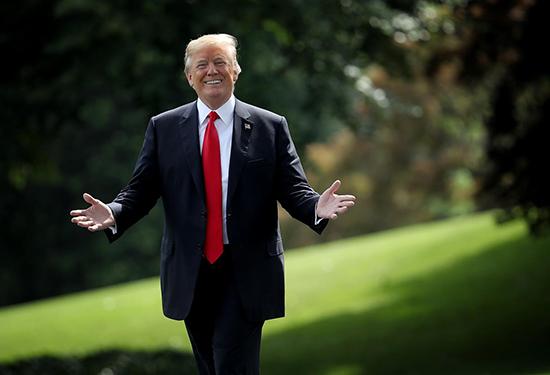 On Thursday, the state of California ramped up its challenge to new federal emissions standards pushed by the Trump Administration. A state official said that California is considering a formal counter proposal to President Trump’s proposed roll back of fuel and pollution requirements for cars and trucks.

Bloomberg said that California has the legal standing to make such a counter-offer because, at least until the federal rollback takes effect, it’s got a binding agreement to link its greenhouse gas limits with Washington’s through 2025.

In order to determine what it might offer the Trump administration, California last week asked automakers to present detailed information on their future product plans, and why they expect to fall so short that they need relief now, the report added.

Mary Nichols, chair of the California Air Resources Board (CARB), told reports on Thursday that “they’ve never submitted to us any information that would back up those claims in any detail to help us craft a solution.”

“They’ve never asked for anything specific,’’ she said. “They’ve just said, ‘It’s too expensive, too hard, can’t do it.’’”

In August, the EPA and the National Highway Traffic Safety Administration proposed capping federal fuel economy requirements at a fleet average of 37 miles per gallon (mpg) starting in 2020. Under current Obama-era mandated rules, the average would have continued rising, to about 47 mpg by 2025. The new federal fuel economy freeze would also cap emissions standards.

CARB passed a resolution on September 28 to significantly curtail carbon produced by new cars sold in the state, beginning in 2021, the Sacramento Bee reported. Nichols said in a statement at the time that the state would “continue to work to keep a single national program,” but that the vote “ensures that California and 12 other states will not fall victim to the Trump administration’s rollback of vehicle standards should its proposal be finalized.”

At least a dozen other states and the District of Columbia have adopted California’s automobile emissions standards.

California, however, has longed vowed to fight Trump’s plan in court, if necessary, setting up a legal power play between the Federal government and the rights of an individual state

Reuters said that California’s position was significant because the state is the largest U.S. auto market and boasts the nation’s most aggressive policies to address climate change.Related: EIA Report Threatens Oil Price Rally

The disagreement between the Trump administration and California is causing increased concern for American automakers, who are urging the two sides to reach an agreement. Automakers claim that dealing with multiple emissions standards causes logistical problems.

One way out of the impasse may be already underway. General Motors, which has a long history of disagreement with California over auto emissions, is now working with the state to push the use of electronic cars.

GM is part of a group, including utilities, environmental groups and even CARB, working on an advertising campaign to increase public awareness of electronic vehicles. Ironically, in 2001 GM sued California over a mandate requiring automakers to sell thousands of electric vehicles in the state.

In 2016, there were 14.5 million automobiles registered in California, the most of any state in the country. That year, Californians used around 98,622 buses and coaches, over 14.5 million trucks and 842,106 motorcycles in 2016, making California the leading federal state in all motor vehicle segments.

In July, the LA Times reported that California hit its target to reduce greenhouse gas emissions below 1990 levels four years early. However, while emissions from electricity generation had plunged, pollution from other industries, including transportation, had increased. Increased driving is the main reason why transportation pollution ticked up another 2 percent in 2016.