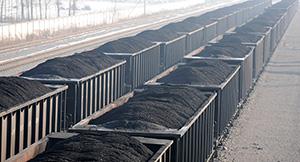 Scientists issued a new alarm on the devastating impacts of continued burning of fossil fuels. But the Trump E.P.A. keeps propping up coal.

If we keep burning coal and petroleum to power our society, we’re cooked — and a lot faster than we thought. The United Nations scientific panel on climate change issued a terrifying new warning on Monday that continued emissions of greenhouse gases from power plants and vehicles will bring dire and irreversible changes by 2040, years earlier than previously forecast. The cost will be measured in trillions of dollars and in sweeping societal and environmental damage, including mass die-off of coral reefs and animal species, flooded coastlines, intensified droughts, food shortages, mass migrations and deeper poverty.

The worst impacts can be avoided only by a “far-reaching and unprecedented” transformation of the global energy system, including virtually eliminating the use of coal as a source of electricity, the panel warned.

Yet President Trump, who has questioned the accepted scientific consensus on climate change, continues to praise “clean beautiful coal” and has directed his Environmental Protection Agency to reverse major strides undertaken by the Obama administration to reduce greenhouse gas emissions from coal-fired power plants. This is unbelievably reckless. In addition to undermining the fight against climate change, the president’s efforts to prop up the dirtiest of all fuels will also exact a significant toll on public health, on the hearts and lungs of ordinary Americans.

The E.P.A.’s bedrock mission is to protect public health and welfare. Its basic tools are 50 years of federal clean air and water laws meant to limit Americans’ exposure to environmental poisons and pollutants.

Every so often an administration comes along that seems to forget this mission. We have one now. Andrew Wheeler, the agency’s acting administrator, is clearly a great improvement in moral terms over his ethically challenged and thankfully departed predecessor, Scott Pruitt. Mr. Wheeler’s ideology and policies, however, are much the same, weighted in favor of the industries Mr. Wheeler once represented as a handsomely paid lobbyist, and against the health needs of Americans. Like the president he serves, Mr. Wheeler displays little concern for climate change and its epochal challenges.

The latest example is a proposal his agency sent to the White House for review and approval that would, in broadest terms, greatly devalue the public health benefits of reducing air pollution. The proposal is specifically aimed at a 2011 finding by the Obama administration that when the agency devises rules to control a particular pollutant — mercury, in this case — it must take into account not only the compliance costs to industry but the additional health benefits that arise from the reduction in other harmful gases like soot and smog that occur as a side effect. Though the health benefits of controlling mercury alone were quite small, and the costs to industry large, those costs were outweighed by savings to the country in annual health costs and lost workdays when the co-benefits were factored in.

The Wheeler proposal would disallow any calculation of these side benefits and allow only those associated with the regulated pollutant. Mr. Wheeler promises that existing mercury emissions limits will remain in place. He also acknowledges that industry has already invested billions of dollars on new technology to comply with the mercury rule, and that many companies have done so. But weakening the foundation on which that rule was promulgated could invite lawsuits to overturn it entirely, and — even more ominously — could make it easier for the Trump administration or a like-minded one to ignore important ancillary public health benefits when devising other environmental regulations in the future.

So chalk up another win for Robert Murray, the far-right Trump confidante and chief executive of the Murray Energy Corporation, a big coal producer for which Mr. Wheeler served as an attorney and lobbyist. Mr. Murray requested the mercury rollback as one of 16 items on a wish list he presented last year to the Trump administration. He is one of several coal barons who lobbied the administration to revisit the cost-benefit rules to set a precedent for future regulations.

Near the top of Mr. Murray’s to-do list, higher even than mercury, was the repeal and replacement of the Clean Power Plan, a cornerstone of President Barack Obama’s strategy to fight global warming. Here, too, Mr. Wheeler has faithfully delivered, and here, too, he and his agency have given short shrift to human health.

The Clean Power Plan was aimed mainly at reducing carbon dioxide, the principal global warming gas, from coal-fired power plants. But like the mercury rule, it would also, as a collateral benefit, have reduced other dangerous pollutants like smog and soot. In so doing, the Obama administration calculated, it would prevent 1,500 to 3,600 premature deaths per year by 2030 and would provide other beneficial health effects. By contrast, as Lisa Friedman of The Times discovered, the Trump administration’s laughably weak replacement plan would cause (by the Trump E.P.A.’s own calculations) as many as 1,400 premature deaths annually by 2030, as well as 15,000 new cases of upper respiratory disease and billions of dollars in new health care costs, mainly from an increase in fine particulate matter linked to heart and lung disease.

At the time, Mr. Wheeler’s lieutenants told everyone not to worry, that the agency had other rules to control these and other life-threatening pollutants. Among the optimists was William Wehrum, the agency’s chief air pollution officer, who is glad to have another chance to undermine the nation’s clean air laws after failing to do so during his previous stint in the George W. Bush administration. “We have abundant legal authority to deal with those other pollutants directly,” he declared.

As it happens, however, these other legal authorities are also at risk. As The Times’s Eric Lipton reported, the Trump replacement plan would also have greatly weakened another E.P.A. program known as the New Source Review, a plan that has had an enormously beneficial effect on air quality in this country and whose demise would allow many of the nation’s dirtiest power plants to keep running without installing new pollution controls.

What we are dealing with here, in other words, is a bit of a shell game — hard to follow, costly to the public, satisfying to those who are running it. We are also dealing with people who won’t let inconvenient forecasts about death and disease deter them from their appointed goal of satisfying Mr. Trump’s pro-coal agenda, and who also seem eager to keep such forecasts hidden. Late last month we learned that the E.P.A. planned to dissolve its Office of the Science Advisor, the latest of several steps beginning under Mr. Pruitt to diminish the role of scientific research in policymaking.

Nobody really expected a new policy direction from Mr. Wheeler, who was once consigliere to Senator James Inhofe, Congress’s most outspoken climate change denier. But in Mr. Wheeler’s insistence on a narrow, even cramped, reading of the nation’s landmark environmental laws, he is ignoring science and threatening the public health and welfare.