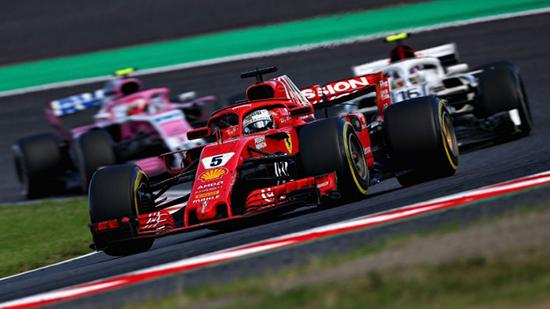 Vietnam Grand Prix set to be announced for the 2020 season

Vettel: I will not leave Ferrari

Sebastian Vettel’s Formula 1 championship hopes are in tatters after his sixth-placed finish in Sunday’s Japanese Grand Prix left rival Lewis Hamilton on the verge of successfully defending the title.

Mercedes ace Hamilton won his fourth GP in succession and is now 67 points ahead of Ferrari’s Vettel with four races remaining. Hamilton can secure a fifth career F1 title if he scores eight points more than Vettel at the United States GP on 21 October.

Ferrari started the season well with Vettel winning the opening two races, but since then he has only won in Canada, Britain and Belgium. At the most recent races mistakes by the team and driver have damaged any chance of stopping Hamilton’s domination.

Despite the struggles, Vettel is committed to the Maranello team. Quoted by German magazine Auto Bild he said: “I will not leave Ferrari. I’m part of the team and I want that to be the case and nothing else. I think we have a lot of potential. Of course, the last races did not go well for us and we made it too easy for Mercedes. But even so the spirit within the team is good.”

Although the title race is not mathematically over Vettel admits it is difficult now to beat Hamilton. He added: “What else do we have to lose? We will give everything and there are still important things we can learn and understand about the car.”

Autosport.com reports that Formula 1 bosses will announce in the next month that Vietnam is being added to the calendar for the 2020 season.

F1 race director Charlie Whiting has visited the Hanoi location for the Vietnam Grand Prix and he said: “There is no actual progress at building the track, but the site has been identified.

“It is in the advanced stages of design and as far as I am aware, they are aiming for a 2020 grand prix. That shouldn’t be a problem based on previous experience.”