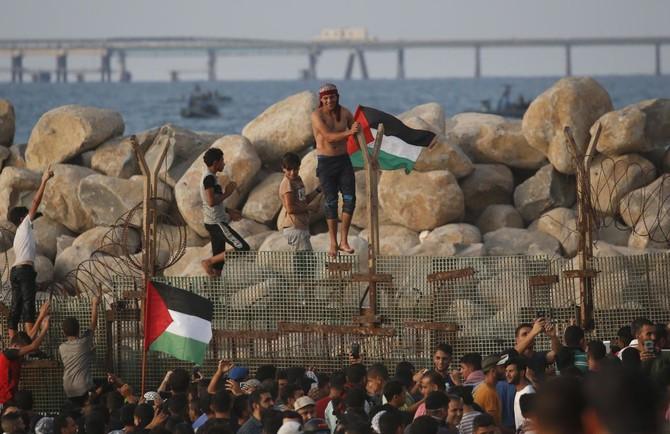 JERUSALEM: One of the US officials tasked with drafting a blueprint for Israel-Palestinian peace says it will strongly reflect Washington’s commitment to Israel’s security but will also address Palestinian concerns.
In an interview published Monday by the English-language Times of Israel news site, presidential special envoy Jason Greenblatt said the plan would “be heavily focused on Israeli security needs.”
“But we also want to be fair to the Palestinians. We have tried hard to find a good balance,” he added.
“Each side will find things in this plan that they don’t like.”
US President Donald Trump said in September he would unveil a new peace plan within months.
Palestinian president Mahmud Abbas accuses Trump of bias toward Israel and refers mockingly to his evolving peace program as “the deal of the century.”
Abbas has in particular criticized Trump’s decisions to recognize Jerusalem as Israel’s capital, his order to close the Palestine Liberation Organization office in Washington and to cut off aid funding, including to a UN agency that supports millions of Palestinian refugees.
The peace plan, Greenblatt said, “will include a resolution to all of the core issues, including the refugee issue.”
He said that it would not propose a Palestinian-Jordanian confederation as a possible solution — something that Abbas has been reported as saying Greenblatt and Trump’s senior adviser and son-in-law Jared Kushner sounded him out about at a meeting last month.
“We’re not looking at a confederation model,” Greenblatt said in Monday’s interview.
An end to Israeli occupation and a sovereign, independent state of their own is at the heart of Palestinian demands.
Israel, however, says it must retain a security buffer between the West Bank and neighboring Jordan and Israeli officials speak of an undefined “state-minus” or “less-than-state” for the Palestinians.
According to Israeli activists who met Abbas in September, the Palestinian leader said he had told Greenblatt and Kushner that he would only be interested in a confederation if Israel joined too.
His response was seen as a way of torpedoing the proposal since Israel would be highly unlikely to agree.