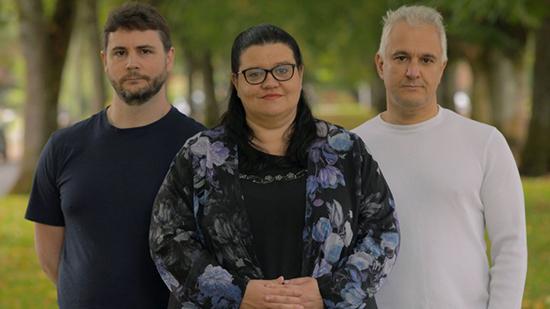 Over the past 12 months, three scholars—James Lindsay, Helen Pluckrose, and Peter Boghossian—wrote 20 fake papers using fashionable jargon to argue for ridiculous conclusions, and tried to get them placed in high-profile journals in fields including gender studies, queer studies, and fat studies. Their success rate was remarkable: By the time they took their experiment public late on Tuesday, seven of their articles had been accepted for publication by ostensibly serious peer-reviewed journals. Seven more were still going through various stages of the review process. Only six had been rejected.

We’ve been here before.

In the late 1990s, Alan Sokal, a professor of physics at New York University, began a soon-to-be-infamous article by setting out some of his core beliefs:

that there exists an external world, whose properties are independent of any individual human being and indeed of humanity as a whole; that these properties are encoded in “eternal” physical laws; and that human beings can obtain reliable, albeit imperfect and tentative, knowledge of these laws by hewing to the “objective” procedures and epistemological strictures prescribed by the (so-called) scientific method.

Sokal went on to “disprove” his credo in fashionable jargon. “Feminist and poststructuralist critiques have demystified the substantive content of mainstream Western scientific practice, revealing the ideology of domination concealed behind the façade of ‘objectivity,’” he claimed. “It has thus become increasingly apparent that physical ‘reality,’ no less than social ‘reality,’ is at bottom a social and linguistic construct.”

Next, Sokal sent off this jabber to Social Text, a peer-reviewed academic journal that was, at the time, a leading intellectual forum for famous scholars including Edward Said, Oskar Negt, Nancy Fraser, Étienne Balibar, and Jacques Rancière. It was published.

In the eyes of his supporters, what came to be known as the Sokal Hoax seemed to prove the most damning charges that critics of postmodernism had long leveled against it. Postmodern discourse is so meaningless, they claimed, that not even “experts” can distinguish between people who make sincere claims and those who compose deliberate gibberish.

In the months after Sokal went public, Social Text was much ridiculed. But its influence—and that of the larger “deconstructivist” mode of inquiry it propagated—continued to grow. Indeed, many academic departments that devote themselves to the study of particular ethnic, religious, and sexual groups are deeply inflected by some of Social Text’s core beliefs, including the radical subjectivity of knowledge.

That’s why Lindsay, Pluckrose, and Boghossian set out to rerun the original hoax, only on a much larger scale. Call it Sokal Squared.

Generally speaking, the journals that fell for Sokal Squared publish respected scholars from respected programs. For example, Gender, Place and Culture, which accepted one of the hoax papers, has in the past months published work from professors at UCLA, Temple, Penn State, Trinity College Dublin, the University of Manchester, and Berlin’s Humboldt University, among many others.

The sheer craziness of the papers the authors concocted makes this fact all the more shocking. One of their papers reads like a straightforward riff on the Sokal Hoax. Dismissing “western astronomy” as sexist and imperialist, it makes a case for physics departments to study feminist astrology—or practice interpretative dance—instead:

Other means superior to the natural sciences exist to extract alternative knowledges about stars and enriching astronomy, including ethnography and other social science methodologies, careful examination of the intersection of extant astrologies from around the globe, incorporation of mythological narratives and modern feminist analysis of them, feminist interpretative dance (especially with regard to the movements of the stars and their astrological significance), and direct application of feminist and postcolonial discourses concerning alternative knowledges and cultural narratives.

The paper that was published in Gender, Place and Culture seems downright silly. “Human Reaction to Rape Culture and Queer Performativity at Urban Dog Parks in Portland, Oregon” claims to be based on in situ observation of canine rape culture in a Portland dog park. “Do dogs suffer oppression based upon (perceived) gender?” the paper asks.

By drawing upon empirical studies of psychological harms of objectification, especially through depersonalization, and exploring severel veins of theoretical literature on nonphysical forms of sexual violence, this articles seeks to situate non-concensual male autoerotic fantasizing about women as a form of metasexual violence that depersonalizes her, injures her being on an affective level, contributes to consequent harms of objectification and rape culture, and can appropriate her identity for the purpose of male sexual gratification.

Sokal Squared doesn’t just expose the low standards of the journals that publish this kind of dreck, though. It also demonstrates the extent to which many of them are willing to license discrimination if it serves ostensibly progressive goals. This tendency becomes most evident in an article that advocates extreme measures to redress the “privilege” of white students. Exhorting college professors to enact forms of “experiential reparations,” the paper suggests telling privileged students to stay silent, or even binding them to the floor in chains. If students protest, educators are told to

take considerable care not to validate privilege, sympathize with, or reinforce it and in so doing, recenter the needs of privileged groups at the expense of marginalized ones. The reactionary verbal protestations of those who oppose the progressive stack are verbal behaviors and defensive mechanisms that mask the fragility inherent to those inculcated in privilege.

Like just about everything else in this depressing national moment, Sokal Squared is already being used as ammunition in the great American culture war. Many conservatives who are deeply hostile to the science of climate change, and who dismiss out of hand the studies that attest to deep injustices in our society, are using Sokol Squared to smear all academics as biased culture warriors. The Federalist, a right-wing news and commentary site, went so far as to spread the apparent ideological bias of a few journals in one particular corner of academia to most professors, the mainstream media, and Democrats on the Senate Judiciary Committee.

Further reading: How scholars hack the world of academic publishing

These attacks are empirically incorrect and intellectually dishonest. There are many fields of academia that have absolutely no patience for nonsense. While the hoaxers did manage to place articles in some of the most influential academic journals in the cluster of fields that focus on dealing with issues of race, gender, and identity, they have not penetrated the leading journals of more traditional disciplines. As a number of academics pointed out on Twitter, for example, all of the papers submitted to sociology journals were rejected. For now, it remains unlikely that the American Sociological Review or the American Political Science Review would have fallen for anything resembling “Our Struggle Is My Struggle,” a paper modeled on the infamous book with a similar title.

By the same token, many leftists are willing to grasp at straws to defend journals and fields of inquiry that they regard as morally righteous. Some have dismissed Sokal Squared by pointing out that many disciplines, from economics to psychology, have in the past years also faced crises of confidence. Others have simply cited the conservative instrumentalization of Sokal Squared as a reason to ignore it. “Academics,” Alison Phipps wrote on Twitter, “please stand by colleagues in Gender Studies/Critical Race Studies/Fat Studies & other areas targeted by this journal article hoax. This is a coordinated attack from the right.”

That too is intellectually dishonest. For one, Lindsay, Pluckrose and Boghossian describe themselves as left-leaning liberals. For another, it is nonsensical to insist that nonsense scholarship doesn’t matter because you don’t like the motives of the people who exposed it, or because some other forms of scholarship may also contain nonsense. If certain fields of study cannot reliably differentiate between real scholarship and noxious bloviating, they become deeply suspect. And if they are so invested in overcoming injustice that they are willing to embrace rank cruelty as long as it is presented in the right kind of progressive jargon, they are worsening the problems they purport to address.

It would, then, be all too easy to draw the wrong inferences from Sokal Squared. The lesson is neither that all fields of academia should be mistrusted nor that the study of race, gender, or sexuality is unimportant. As Lindsay, Pluckrose, and Boghossian point out, their experiment would be far less worrisome if these fields of study didn’t have such great relevance.

But if we are to be serious about remedying discrimination, racism, and sexism, we can’t ignore the uncomfortable truth these hoaxers have revealed: Some academic emperors—the ones who supposedly have the most to say about these crucial topics—have no clothes.