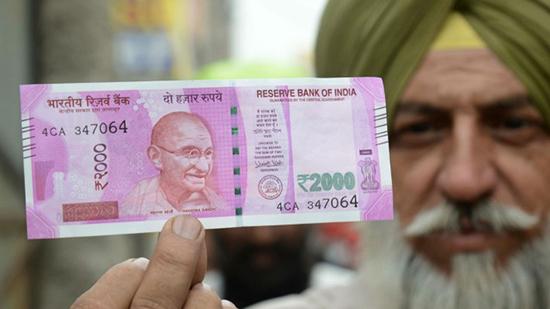 Currency drop stokes concerns the world’s fastest-growing major economy could be heading for a slowdown.

India’s currency looks set to resume its downward spiral this week, after the rupee hit a record low against the dollar on Friday, stoking concerns that the world’s fastest-growing major economy could be heading for a slowdown.

On Friday, the currency crossed 74 rupees to the US dollar for the first time ever, after the country’s central bank surprised markets by holding off on raising interest rates.

The latest drop means the rupee has fallen around 15% against the surging dollar this year alone, “making it one of the world’s worst performing currencies” says CNN.

Efforts to stop the slide, including measures to make it easier for foreign investors to buy rupee bonds by Indian companies and raising tariffs on imported goods to stem the flow of money out of the country, have proven largely unsuccessful.

Even as Indian growth has hit 8.2% this year, a drop of more than 8% on the country’s benchmark Sensex index, combined with rising oil prices, a widening current account deficit at home, and fears of international trade wars have spooked the currency market and added to concern around the economy.

“The coming festive season is unlikely to uplift the mood of the markets, currently buffeted by several headwinds” says Business Today, while “the market consensus seems to be that things could get a lot worse before they start getting better”.

A rate increase on Friday, the third this year, “would have helped curb inflation fuelled by the rupee’s weakness and surging crude prices” says Quartz. Instead, the Reserve Bank of India (RBI) surprised the markets by keeping both the repo and reverse repo rates steady.

“This is a risky move by the RBI since the market was positioned for a rate hike, purely as a rupee defence. In its absence, currency and asset markets could see sharper corrections,” said Abheek Barua, chief economist, HDFC Bank.

CNN reports that “more rate hikes — and more problems for the Indian economy — are likely”.

Some, though, have praised the central bank’s resolve.

Ila Patnaik for Bloomberg says: “A number of factors are pressuring officials to act — not least among them, that the rupee has become both a badge of national pride and a tool of political brinkmanship. But so far the government and the RBI have been unruffled by the fear-mongering. They shouldn’t lose their nerve.”