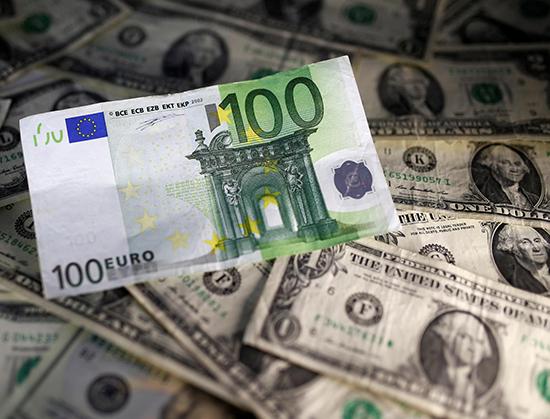 TOKYO (Reuters) – The dollar slipped further from seven-week highs on Wednesday although underlying support for the greenback remained strong amid a confluence of factors, including a strong U.S. economy and a steady path for rate hikes by the Federal Reserve.

Sterling took some comfort on hopes Britain and the European Union might be close to a Brexit deal, while markets’ focus also was squarely on a slate of issues, including the intensifying Sino-U.S. trade dispute and Italy’s budget plans.

On Wednesday, the dollar index was largely unchanged at 95.575, not far off 96.163 reached during the previous session – its highest level since Aug. 20.

“There seems to be a bit of exhaustion on the part of the foreign exchange market,” said Bart Wakabayashi, Tokyo branch manager at State Street Bank.

“We’re not seeing the extension of the dollar buying (against the euro and yen),” he said.

Sterling got a lift from a Dow Jones Newswires report the previous day that an agreement on the terms for Britain to leave the economic bloc may be reached as soon as Monday.

Dow Jones, citing unidentified diplomats, said Britain and the EU had narrowed their differences around the Irish border but some issues have not been resolved.

Sterling gained 0.1 percent to a near two-week high of $1.3161, after tacking on 0.4 percent during the previous session.

The single currency slipped overnight to a seven-week low of $1.14325 after yields on Italy’s 10-year paper hit a 4-1/2 year high, despite comments from Italian Economy Minister Giovanni Tria.

Tria said that Italy will do whatever is necessary to restore calm if market turbulence turns into a financial crisis, adding fears over the country’s budget plan for next year were unjustified though his remarks failed to reassure investors.

Yields on the benchmark 10-year Treasury paper stood at 3.21 percent on Wednesday, after hitting a seven-year top of 3.261 percent overnight.

“On the short-term, the dollar may be sold, but I don’t think that will last long. The dollar will start to strengthen again.”

Speaking to reporters late U.S. time on Tuesday, Trump said he doesn’t like what the Fed is doing because the U.S. has inflation “really checked”, and he doesn’t think “it’s necessary to go as fast” on raising rates.

Against the Japanese yen, the dollar edged higher, trading at 113.04 yen.

The Australian dollar pulled 0.2 percent higher to $0.7119 on the fall in U.S. bond yields and as prices for key commodity exports benefited from Chinese demand.

A Reuters poll released Wednesday showed China’s onshore yuan is forecast to pare some of its recent losses against the dollar over the coming year on hopes that risks from the U.S.-China trade war and a deep sell-off in emerging markets will subside.

The onshore yuan was expected to gain around 1.7 percent to 6.80 per dollar in a year’s time from around 6.92 currently, according to the poll of over 50 foreign exchange strategists.