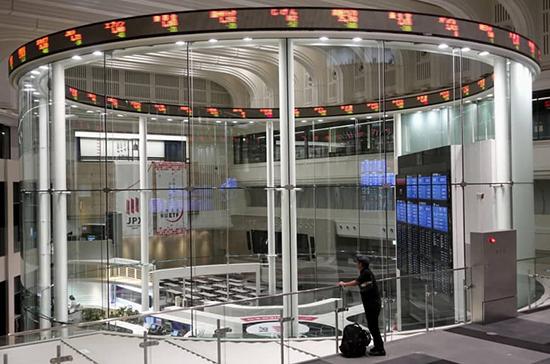 The Japan Times
The Tokyo Stock Exchange said it suffered a trading system glitch Tuesday morning that left some brokerages unable to make orders through the bourse.

According to sources close to the matter, an extraordinary amount of data erroneously sent by Merrill Lynch Japan Securities Co. caused the trouble.

The Tokyo bourse said one of the four lines in its trading system linking it and securities firms went down around 7:30 a.m. and remained offline throughout the day.

Trading began at 9 a.m. as usual after the TSE used backup lines, but major brokerages including Nomura Securities Co. and Daiwa Securities Co. were forced to stop accepting customer orders for some issues.

The bourse said orders from nearly 40 securities houses were affected, even though it had asked them to reconnect their trading system to the remaining lines about 30 minutes after the glitch. The volume of buying and selling orders which could not be executed remains unclear.

“We’re responsible (for the trouble) as a market operator,” Ryusuke Yokoyama, chief information officer of Japan Exchange Group Inc., the operator of the bourse, told a news conference. “We lacked communication with securities firms.”

Yokoyama declined to disclose which brokerage mistakenly sent the enormous quantity of data to its trading system. But he said the securities house which caused the glitch updated its own trading system on the weekend.

The TSE said the stock market will open normally on Wednesday.

“We cannot deny the possibility that (the system failure) affected our customers through the loss of opportunity for equity transactions,” an official at a major brokerage said.

Daiwa Securities said it was unable to execute some pre-orders and make corrections or cancellations.

The glitch was found in the system for accepting buy and sell orders of stocks, exchange-traded funds, real estate investment trusts and convertible bonds.

In 2005, the TSE temporarily suspended all stock trading due to a computer failure.