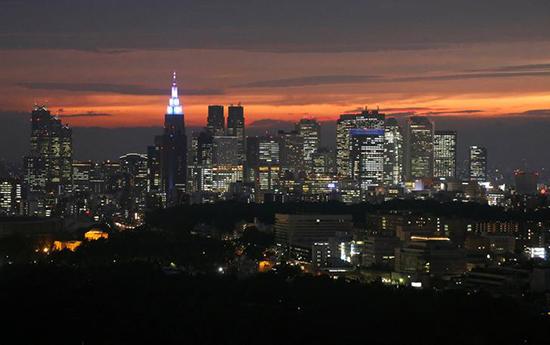 Tokyo has been chosen as the world’s best big city outside the United States for the third year in a row, the U.S. travel magazine Conde Nast Traveler said Tuesday.

More than 420,000 readers cast votes for their favorite cities in the 2018 poll, the magazine said, with Japan’s ancient capital Kyoto climbing the ranking to second from third the previous year and the country’s second-largest city of Osaka placing 12th.

Japan was the only country that had three cities in the top 20 list.

“Topping our list of world cities yet again, Tokyo continues to thrill with its contradictions: ultramodern, neon-lit skyscrapers and tranquil temples, unmatchable street style and centuries-old etiquette,” the magazine said.

Turning to Kyoto, it said the western Japan city is “still one of the most well-preserved cities in Japan” but pointed to new attractions.

The magazine said Osaka in western Japan is “one of the best food cities in all of Japan — must-eat regional specialities include takoyaki (battered, fried octopus balls) and okonomiyaki (grilled savory pancakes with a variety of additions).”

Australia’s Melbourne was third, followed by Vienna in Austria and Germany’s Hamburg. Other Asian cities that made the list were Singapore at seventh and Seoul at 16th.