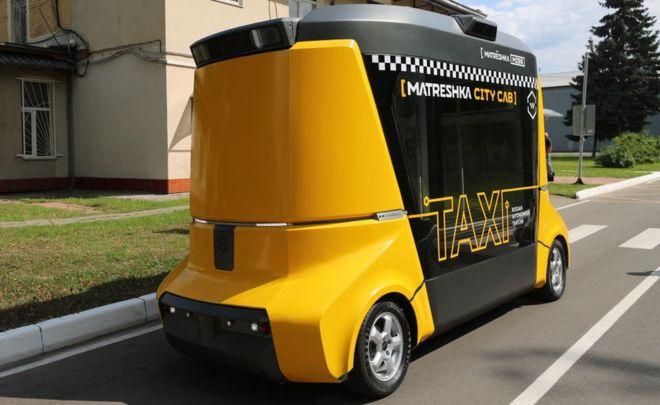 I’m guessing you are scoffing in disbelief at the very suggestion of this article, but bear with me.

A growing number of tech analysts are predicting that in less than 20 years we’ll all have stopped owning cars, and, what’s more, the internal combustion engine will have been consigned to the dustbin of history.

Yes, it’s a big claim and you are right to be sceptical, but the argument that a unique convergence of new technology is poised to revolutionise personal transportation is more persuasive than you might think.

The central idea is pretty simple: Self-driving electric vehicles organised into an Uber-style network will be able to offer such cheap transport that you’ll very quickly – we’re talking perhaps a decade – decide you don’t need a car any more.

And if you’re thinking this timescale is wildly optimistic, just recall how rapidly cars replaced horses.

Take a look at this picture of 5th Avenue in New York in 1900. Can you spot the car?

Now look at this picture from 1913. Yes, this time where’s the horse?

In 1908 the first Model T Ford rolled off the production line; by 1930 the equestrian age was, to all intents and purposes, over – and all thanks to the disruptive power of an earlier tech innovation – the internal combustion engine.

So how will this latest transportation revolution unfold?

First off, consider how Uber and other networked taxi companies have already changed the way we move around. In most major cities an Uber driver – or one of its rivals – is usually just a couple of minutes away, and charges less than established taxis, let’s say $10 (£7.65).

The company’s exponential growth is evidence of how powerful the Uber business model is.

Now take out the driver. You’ve probably cut costs by at least 50%.

So if we’re trying to work out when this revolution will begin in earnest the key date will be when self-driving vehicle technology is available and – crucially – has regulatory backing.

That could well be sooner than you think. The UK has said it hopes to authorise the first fully autonomous cars as early as 2021.

And, say enthusiasts for autonomy, it will only take one city to prove the technology is safe and useful and the rest of the world will very quickly rush to catch up.

The switch to electric

They are more reliable, for a start. The typical electric car has around 20 moving parts compared to the 2,000 or so in an internal combustion engine.

As a result electric vehicles also tend to last much longer. Most electric car manufacturers expect their vehicles to keep on going for at least 500,000 miles.

These factors aren’t that important for most consumers – after all, the average driver in England does less than 10,000 miles a year and our cars are parked 95% of the time. However, they are huge issues if you’re using a vehicle pretty much continuously, as would be the case with a self-driving taxi.

Add in the low cost of recharging batteries compared to refuelling and you’ve got another dramatic reduction in costs.

And it’s worth noting that the cost of electric vehicles is likely to continue to fall, and rapidly. As they become mainstream, returns to scale will drive down costs. That’s the logic behind Tesla’s $5bn battery plant, the so-called “Gigafactory”.

How does this affect our $10 journey?

It brings another dramatic reduction. Fully autonomous electric taxi networks could offer rides at as little as 10% of current rates.

At least that’s what tech prophet Tony Seba reckons. He and his team at the think-tank RethinkX have done more than anyone else to think through how this revolution might rip through the personal transportation market.

‘Transport as a service’

Mr Seba calls the idea of a robo-taxi network “transport as a service”, and estimates it could save the average American as much as $6,000 a year. That’s the equivalent of a 10% pay rise.

And don’t forget, when the revolution comes you won’t be behind the wheel so now you’ll be working or relaxing as you travel – another big benefit.

You still think that car parked outside your flat is worth having?

What’s more, once this new model of getting around takes hold the benefits are likely to be reinforcing. The more vehicles in the network, the better the service offered to consumers; the more miles self-driving cars do, the more efficient and safer they’ll get; the more electric vehicles manufactured, the cheaper each one will be.

Don’t worry that rural areas will be left out. A vehicle could be parked in every village waiting for your order to come.

And range anxiety – the fear that you might run out of electricity – won’t be a problem either. Should the battery run low the network will send a fully charged car to meet you so you can continue your journey.

You’ve probably seen headlines about accidents involving self-driving cars but the truth is they will be far safer than ones driven by you and me – they won’t get regulatory approval if they are not. That means tens of thousands of lives – perhaps hundreds of thousands – will be saved as accident rates plummet.

That will generate yet another cost saving for our fleets of robo-taxis. The price of insurance will tumble, while at the same time those of us who insist on continuing to drive our own vehicles will face higher charges.

According to the tech visionaries it won’t be long before the whole market tilts irreversibly away from car ownership and the trusty old internal combustion engine.

RethinkX, for example, reckons that within 10 years of self-driving cars getting regulatory approval 95% of passenger miles will be in these electric robo-taxis.

The logical next step will be for human beings to be banned from driving cars at all because they pose such a risk to other road users.

Take a moment to think about the wide-reaching effects this revolution will have, aside from just changing how we get around. There will be downsides: millions of car industry workers and taxi drivers will be looking for new jobs, for a start.

But think of the hundreds of billions of dollars consumers will save, and which can now be spent elsewhere in the economy.

Meanwhile, the numbers of cars will plummet. RethinkX estimates that the number of vehicles on US roads will fall from nearly 250 million to just 45 million over a 10-year period. That will free up huge amounts of space in our towns and cities.

And, please take note: I haven’t mentioned the enormous environmental benefits of converting the world’s cars to electricity.

That’s because the logic of this upheaval isn’t driven by new rules on pollution or worries about global warming but by the most powerful incentive in any economy – cold hard cash.

That said, there’s no question that a wholesale switch away from fossil fuels will slow climate change and massively reduce air pollution.

In short, let the revolution begin!

But seriously, I’ve deliberately put these arguments forcefully to prompt debate and we want to hear what you think.