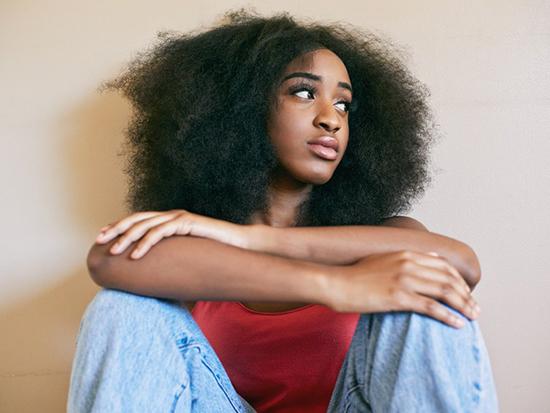 When people talk about anxiety, they often focus on its mental and emotional effects. That makes perfect sense, as the overwhelming worry and fear that characterize anxiety can be debilitating. But many anxiety disorders can come with their fair share physical symptoms, too.

Your fight-or-flight system is supposed to help you survive a threat by escaping or fending it off. In way-back-then, cavepeople days, that threat might have been something along the lines of a lion. If you have anxiety, though, your fear and worry are that threat, prompting your sympathetic nervous system, which controls involuntary processes like your breathing and heart rate, to kick into high gear. This leads your adrenal glands to release hormones such as adrenaline and cortisol, according to the Mayo Clinic. This domino effect is behind anxiety’s physical symptoms.

“From head to toe, almost every system can be impacted just by nature of your body releasing a lot of stress hormones,” Mona Potter, M.D., medical director at McLean Anxiety Mastery Program in Boston, Massachusetts, tells SELF.

Here are some of the biggest physical symptoms of anxiety, plus when they could actually be signaling a panic attack.

This is a classic sign of anxiety, according to the National Institute of Mental Health (NIMH). So, remember how we just mentioned that your sympathetic nervous system controls your heart rate? When you’re dealing with something stressful and your adrenal glands churn out hormones like adrenaline and cortisol, receptors in your heart react by speeding up your heartbeat. This enables you to pump more blood to your big muscles so you could theoretically flee or combat a threat, Gould explains. But if you’re dealing with anxiety, that racing heart could just make you feel more nervous in a vicious cycle.

Your blood circulates oxygen around your body. (It also transports carbon dioxide, a waste product, to your lungs so you can breathe it out.) When your stress response boosts how quickly you’re sending blood around your body, your breathing might increase to provide you with more oxygen.

If you breathe too quickly (also known as hyperventilation), you can actually enhance a lot of the physical anxiety symptoms on this list because your oxygen/carbon dioxide balance gets out of whack, according to the U.S. National Library of Medicine.

“That’s why we often talk about belly breathing, or diaphragmatic breathing,” says Dr. Potter. This is essentially breathing slowly and deeply by really using your diaphragm. (Tucked underneath your lungs, this is the main muscle involved in breathing.) By slowing down how quickly you’re breathing, you have more of a chance to get the oxygen you need, Dr. Potter explains. You also engage your parasympathetic nervous system, which helps you feel calm after a threat has passed.

A persistent feeling of fatigue is a common sign of anxiety, according to the NIMH. The reason why is two-fold. For starters, that anxiety-activated uptick in stress hormones can keep you revved up on high alert, which can be seriously draining, says Dr. Potter. But there’s an additional complicating factor: Sleep and anxiety have a complicated relationship, which brings us to another typical physical side effect of anxiety…

A person with anxiety might have a tough time falling asleep, staying asleep, or might have restless and unsatisfying sleep, according to the NIMH. Elevated levels of hormones like cortisol and adrenaline make it hard to get a good night’s sleep, since your buzzing body may not be able to relax enough to rest. The racing thoughts that can come with anxiety are no recipe for great sleep, either.

It’s not just that anxiety contributes to sleep problems. Sleep issues such as insomnia can make you more prone to anxiety, too, the Mayo Clinic explains.

Your muscles tense up as part of your stress response. Holding parts of your body so rigidly for prolonged periods can lead to pain, says Dr. Potter, who notes that many people with anxiety report feeling tight in their necks, backs, or shoulders. You might also feel muscle tension all the way up into your head, leading to headaches, says Dr. Potter.

A lot of this may boil down to what experts call the gut-brain axis, which is a communication system between your brain and the enteric nervous system that governs your digestion. This connection is why stress can so easily mess with your poop. There’s also the fact that anxiety-induced lifestyle choices like eating foods that don’t agree with you or not exercising can affect your digestion as well.

If you’re already grappling with anxiety, the thought of sweating profusely may just make it worse. Unfortunately, sweating is a common side effect of anxiety disorders, according to the NIMH.

When your sympathetic nervous system gets activated, it can influence the sweat glands basically all over your body. You have two kinds, according to the Mayo Clinic: eccrine, which cover most of your skin, and apocrine, which are only on body parts that have a lot of hair follicles. Both types of sweat glands can cause anxiety-induced perspiration, but it’s the milky fluid from your apocrine glands in particular that may make it smell bad.

Shaking and trembling can be a byproduct of anxiety-induced hormone surges, according to the NIMH. Also, trying to anticipate unknown threats is a common feature of anxiety. Constantly being on guard has been linked with an increased “startle response,” which could be why you practically jump out of your shoes if someone taps you on the shoulder on an anxious day.

Anxiety can cause some people to feel tightness in their throats or even like something is stuck in there, according to the U.S. National Library of Medicine. This is called globus sensation, and although the exact reason why it happens is unclear, it can definitely make anxiety even worse. “You feel like you can’t get enough air,” says Dr. Potter.

Some people tend to get sick more often in periods of high anxiety, says Dr. Potter. Your immune system doesn’t function as well when your fight-or-flight response is operating for too long, according to the Mayo Clinic. This could mean that you’re more susceptible to issues such as the common cold, although a lot of other factors come into play here as well, like how robust your immune system is in general and how vigilant you are about hand hygiene.

When do these physical symptoms signal a panic attack?

Some of the physical symptoms of anxiety and panic attacks overlap, like sweating, trembling, and a fast heart rate. But there’s one major difference: Panic attacks cause an extreme sensation of fear that strikes out of nowhere. That terror is an integral part of having a panic attack. Beyond that, panic attacks include at least four of the below symptoms, some of which you just read about as physical effects of anxiety:

Therapy is often a crucial part of treatment, especially methods like cognitive behavioral therapy to help you retrain your brain’s anxious thoughts. Medications like anti-anxiety drugs may help, too, according to the NIMH, as can lifestyle changes like joining a support group or picking up some stress management techniques. The best course of treatment is different for everyone and will depend on your specific symptoms. For many people, a blend of techniques will work best.