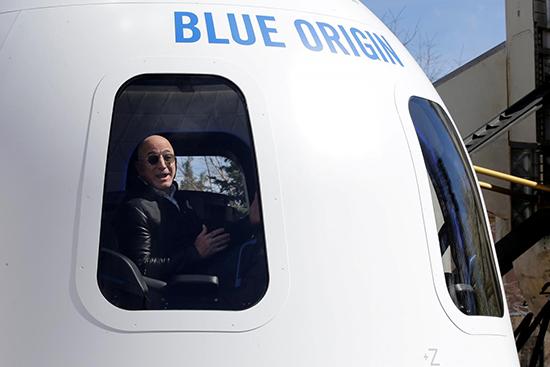 ORLANDO, Fl. (Reuters) – The U.S. Air Force on Wednesday said that it had awarded a total $2.3 billion in contracts to develop rocket launch systems for national security missions.

The three contracts are part of a Department of Defense initiative to assure constant military access to space and curb reliance on foreign-made rocket engines, like ULA’s flagship Atlas V rocket that uses Russian-made RD-180 boosters. The contracts are to develop rockets and carry defense payloads into space.

Blue Origin’s and Northrop’s prototype vehicles for military launches are expected to be ready to fly by late 2024 and ULA’s Vulcan rocket development should be completed by March 2025.

Blue Origin said in a statement following Wednesday’s announcement that it will build a launch site at the Vandenberg Air Force Base in California, although it did not say what rockets would launch from the site. ULA announced in September that its Vulcan rocket will be powered by Blue’s BE-4 liquid rocket engines.