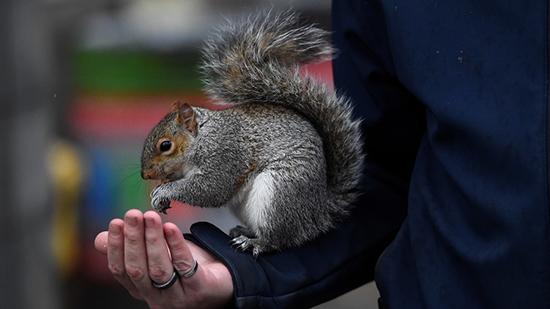 A woman attempting to fly her “emotional support squirrel” from Orlando, FL to Cleveland, OH delayed her flight by nearly two hours as crew were forced to call law enforcement to remove her from the plane.

The unidentified woman was removed from the Frontier Airlines flight in a wheelchair by Orlando police after she refused to exit the plane with her therapy rodent in an orderly fashion. Video shot by a fellow passenger shows her defiantly flipping off onlookers while holding the squirrel’s carrier bag on her lap.

Airlines have been forced to adopt stricter policies in relation to so-called emotional support animals as passengers attempt to smuggle not just dogs and cats but peacocks, hamsters, and now squirrels into the cabin.

In February, Spirit Airlines came under fire for allegedly asking a passenger to flush her “emotional support hamster” down the toilet. Just a week earlier, a performance artist had been turned away from a cross-country United Airlines flight for trying to bring her pet peacock on board.

Pet owners’ efforts to smuggle creatures into the cabin makes sense in light of sobering statistics on canine mortality in cargo holds, but for those around them, flying in the US is unpleasant enough without the addition of an in-flight zoo.