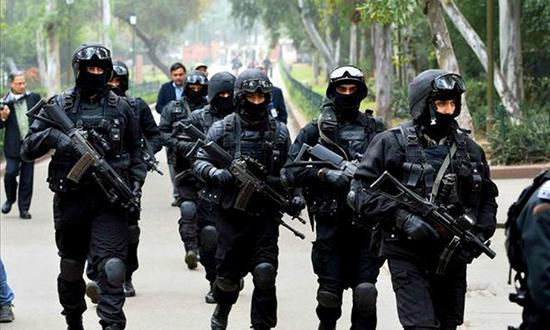 In its long battle against terrorism, India’s efforts at intelligence cooperation has been marred by mishaps, notably in relation to the 2008 attacks in Mumbai

India has waged a long fight against terrorism, both the transnational and home-grown variety. Non-state actors began to instigate trans-border attacks in the early and mid-1980s, first with the Khalistan movement in Punjab, then in Jammu & Kashmir.

It extended later to hinterland India, and after the attack on the World Trade Center in 2001, global ideological influences affected disgruntled elements in India, including minorities.

In 1993, in what was perhaps the first coordinated attack by terrorists on India’s economic infrastructure, a group of Indian Muslims from Mumbai recruited by Dawood Ibrahim, India’s most famous mafia ganglord, and trained by Pakistan’s Inter-Services Intelligence (ISI), organized a series of bombings that hit the Mumbai stock exchange and other crowded markets, killing 257 civilians.

It would not be the last.

The Mumbai attacks on November  26, 2008, were a traumatic watershed, as significant a setback for Indian security as 9/11 was for the US.

Ten members of the Lashkar-e-Taiba (LeT), a terrorist organization based in Pakistan, carried out a series of coordinated shooting attacks across Mumbai, killing 164 people, including 28 foreigners from 10 countries.

Ironically, intelligence warnings had been received twice, from a friendly western intelligence agency, about the specific targeting of some of these sites through a sensational attack by sea, first in September and then in mid-November 2008. On both occasions, local police and Naval Coast Guard were alerted but they failed to apprehend the intruders.

The limitations of intelligence cooperation hit India hard. Though the end results came true, how the event was planned was not shared. There was reason to suspect that a concerned agent turned rogue in extenuating circumstances, as became evident much later.

India has had a long history of intelligence cooperation with several Commonwealth countries, also with the erstwhile USSR and other countries of East Europe. In particular, ties with Russia developed strongly, especially in fields of signals and electronic intelligence.

Active and fruitful intelligence cooperation with the US dates back to the early 1950s, during Jawaharlal Nehru’s era as prime minister. This picked up momentum after the Sino-Indian War of 1962.

The Central Intelligence Agency’s (CIA’s) covert operations in Tibet commenced in 1956 from their station in New Delhi. There were reports about possible collusion by Indian agencies in these operations. Many senior Indian intelligence officers of pre-1990s vintage underwent intelligence training in the UK or US. Prime Minister Indira Gandhi diversified this cooperation by extending it to intelligence agencies from Europe.

From the very outset, India realized that such cooperation could prove to be a double-edged sword. If not handled properly, it could damage our national security by facilitating penetration efforts by foreign agencies. Planting of disinformation could occur through intelligence officers who enjoyed the confidence of political leaders.

These premonitions came true, unfortunately, in May 2004, when Rabinder Singh, a joint secretary in the Research and Analysis Wing (R&AW) disappeared. After coming under suspicion for extensive photocopying of documents in his office, he was placed under surveillance. He got wind of this and escaped to the US via Nepal.

Indian intelligence strongly suspected involvement or even collusion of Western agencies in the fostering of Sikh militancy in the Punjab, from the mid-70s to early 1980s.

Jagjit Singh Chauhan, a Sikh leader from Punjab, went to the UK and took over leadership of the defunct Sikh Home Rule movement, renaming it after Khalistan. Pakistan’s military ruler at that time, Gen Yahya Khan, invited Chauhan to Pakistan, lionized him and handed over some Sikh holy relics kept in Pakistan, which Chauhan took to the UK to win a following with the Sikh diaspora. Chauhan also went to New York, met officials at the United Nations and some American journalists, alleging that Sikhs had endured human rights violations in India.

Even while sharing tactical intelligence, foreign intelligence agencies were not too helpful in providing information on Sikh extremist activities in their respective countries, as they did not want to antagonize Sikhs in their own countries.

Talwinder Singh Parmar of Babbar Khalsa, a sacked sawmill worker in Vancouver in Canada who was wanted for several cases in India, was arrested while traveling from Zurich to West Germany in June 1983. The German authorities did not hand him over to a Central Bureau of Investigation (CBI) team from India, which had rushed to Bonn to take him into custody. They sent him back to Vancouver instead. Two years later, Parmar played an active role in the plan to blow up the Air India plane ‘Kanishka’, which killed over 300 passengers.

Before the storming of the Golden Temple in Amritsar in June 1984, when it was under siege by Sikh militant and religious leader Jarnail Singh Bhindranwale, British intelligence was consulted and two officers from MI-5, Britain’s Security Service, visited India to advise security officials about developments. This was revealed by British MP Tom Watson, according to top-secret documents at British National Archives that have now been made public. But there is a grey area as to what they actually said and whether that advice was acted on or just ignored.

Even to this day, differences persist between Indian and British intelligence agencies on how to deal with Sikh dissidents in the UK, some of whom now profess a keenness to return to India.

Intelligence collaboration between the United Kingdom, United States of America, Canada, Australia and New Zealand spans decades. India was invited to join the network (also known as ’14 Eyes’) in 2008 after the Mumbai terrorist attack, as the US “felt strongly that India’s participation in multilateral intelligence sharing would help Indian SIGINT agencies.

In June 2010, there was an unprecedented, one-time act of cooperation by American agencies. A team from India’s newly formed National Investigation Agency (NIA) was allowed to interrogate David Coleman Headley, a Pakistani-American known also as Daood Gilani, who was involved in planning the Mumbai attacks and serving a jail sentence in the US. American security officials had noticed Headley’s involvement in narcotics smuggling, but he was encouraged at some stage to work with and act as an agent on the Pakistani terror outfit, LeT.

In what now seems a lapse on the part of Indian Consular officials, Headley was able to visit India eight or nine times, not only from the US but also crossing the land border between India and Pakistan.

Interrogation of Headley revealed how he was used by LeT to observe and prepare video footage of sites targeted in Mumbai. He gave these to both his friends in LeT and his ISI handlers. The interrogation report corroborates how Hafiz Mohammed Saeed and Abdul Rehman Makki – prominent LeT leaders – lectured Ajmal Kasab and others during their training in LeT camps inside Pakistan.

Headley’s trial in the US repeatedly referred to a mysterious ‘Major Iqbal’ and Col. Shah, alleged ISI handlers, who were introduced to him by Sajid Mir, a LeT operative and an important cog in LeT’s global operations, who has disappeared since 26/11. Another major perpetrator, Zaki ur Rehman Lakhvi was arrested in 2009, but was freed on bail and continues to direct LeT’s operations inside Jammu & Kashmir.

(This is the first of a three-part series on Indian intelligence and its cooperation with its external counterparts. The author served in India’s intelligence community for 28 years).