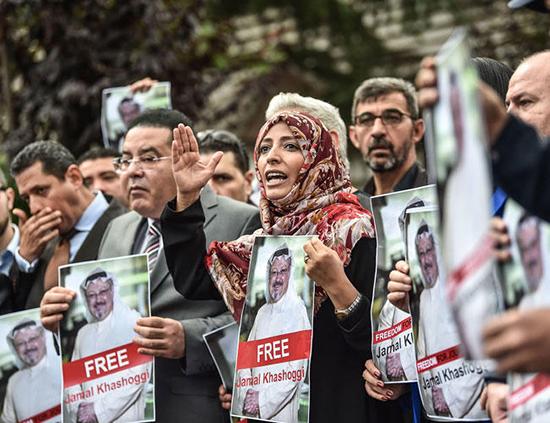 A U.N. human rights expert has said the investigation into the disappearance of a Saudi journalist in Turkey “should not be politicized,” insisting the case has created a dilemma for the Turkish government.

David Kaye, the U.N. special rapporteur on freedom of expression, said the disappearance of Saudigovernment critic Jamal Khashoggi “puts basically the Turks in the position of having both to maintain a diplomatic relationship and to deal with a real important, high-profile investigation.”

Kaye spoke to The Associated Press moments after he and two colleagues called for an international, independent investigation into the disappearance of Khashoggi at the Saudi consulate in Istanbul.

Turkish prosecutors are already looking into the case.

If either government seems to be in control of the investigation, Kaye said “it is not going to be seen as credible by significant portions of the global community.”

Kaye said he did not have “any particular plan” about what the international investigation would look like, but that “multiple models” — such as a U.N.-mandated probe — exist.

Overall, he decried a “global epidemic” of the stigmatization of journalists, “whether it’s the United States and Donald Trump calling them ‘the enemy of the people’ or it’s [President] Rodrigo Duterte in the Philippines doing much the same thing — where any number of other places journalists are under threat.”

Meanwhile, the European Union is adding its weight to international demands for official clarifications about what happened to Jamal Khashoggi.

EU foreign affairs chief Federica Mogherini said on Oct. 9 that the bloc stands side-by-side with the United States in urging authorities to clear up the journalist’s disappearance in Turkey.

“On this, let me subscribe 100 percent to what U.S. Secretary of State Mike Pompeo said just a few hours ago. We are fully aligned with the United States on this, with the U.S. position on this,” she said.

“We expect a thorough investigation and full transparency from the Saudi authorities on what has happened,” Mogherini added.

Khashoggi, a columnist for The Washington Post, has been missing since he entered the Saudi consulate in Istanbul on Oct. 2. Turkish officials expressed their concern that the journalist might have been murdered at the consulate. The Istanbul Chief Prosecutor’s Office had launched an investigation into the case.

Turkey’s Foreign Ministry announced on Oct. 9 that Saudi Arabia has allowed the examination of the consulate building in Istanbul.