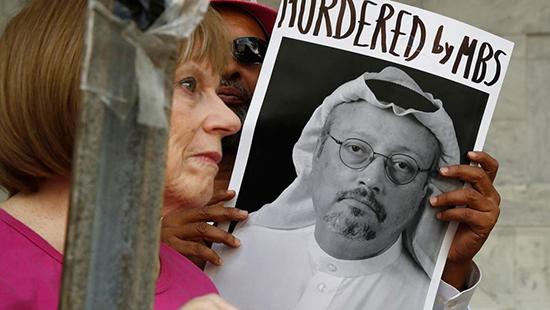 Mohammed bin Salman, the Crown Prince of Saudi Arabia, ordered that Washington Post contributor Jamal Khashoggi be lured to that country from his home in the U.S. and detained, the paper reported Wednesday evening.

Khashoggi, 59, has not been seen since he entered the Saudi consulate in Istanbul on Oct. 2. Turkish officials have said that they believe Khashoggi was murdered and dismembered inside the building by members of an elite “assassination squad.” Saudi officials say Khashoggi left through an alternate exit, but have offered no proof to support that contention.

The Post report cited U.S. intelligence intercepts of Saudi officials discussing the plan, as well as interviews with some of Khashoggi’s friends. They claimed that senior Saudi officials had approached the journalist with offers of protection — including a government job in at least one case — if he would return to his native country. According to one friend, Khashoggi told him “I don’t trust them one bit” after a conversation with one such official.

Since Khashoggi’s disappearance, the Trump administration has come under increasing pressure to press the Riyadh government for details about his whereabouts. Earlier Wednesday, a bipartisan group of more than 20 senators instructed Trump to order an investigation into Khashoggi’s disappearance under legislation that authorizes the imposition of sanctions for perpetrators of extrajudicial killings, torture or other gross human rights violations.

“It’s pretty clear to me that something very bad happened to this man,” Sen. Lindsey Graham, R-S.C., told Fox News’ “The Story with Martha MacCallum.” “If this happened, if they murdered this journalist who works for The Washington Post in a consulate in Istanbul, Turkey, that’s a game-changer for me.”

White House press secretary Sarah Huckabee Sanders said national security adviser John Bolton and presidential senior adviser Jared Kushner spoke on Tuesday to the crown prince about Khashoggi. Secretary of State Mike Pompeo then had a follow-up call with the crown prince to reiterate the U.S. request for information and a thorough, transparent investigation. On Wednesday, State Department spokesperson Robert Palladino said that the U.S. had “no advance knowledge” of Khashoggi’s disappearance.

Earlier Wednesday, Turkish media published surveillance footage of the men Ankara believes to have been part of the “assassination squad.” The silent video also showed one of two private Gulfstream jets that Turkish media said carried the Saudi group, who flew in and out of Istanbul the day Khashoggi disappeared.

The Sabah newspaper, which is close to Turkish President Recep Tayyip Erdogan, published images of the group that were apparently taken at passport control at the airport. The state-run Anadolu news agency published the names and birth dates of all 15 Saudis.

The footage shows some of the Saudis leaving a hotel and Khashoggi entering the consulate, walking past a black Mercedes van with diplomatic plates parked adjacent to the entrance. An hour and 54 minutes later, according to the time stamp, a black Mercedes van drives about 1.2 miles to the consul’s home, where it was parked in a garage.

Khashoggi, a wealthy former government insider who had been living in the U.S. in self-imposed exile, had written a series of columns for the Post critical of Mohammed bin Salman. The crown prince, who ascended to that position last year, has led a widely publicized drive to reform the conservative Sunni monarchy but has also presided over the arrests of activists and businessmen.

Khashoggi had gone to the consulate in Istanbul to get paperwork he needed for his upcoming marriage while his Turkish fiancee waited outside. The Haberturk newspaper reported Wednesday that Khashoggi’s family was not aware that he was in Turkey at the time of his disappearance and neither knew that he was engaged to be married nor that he intended to apply for a marriage license.