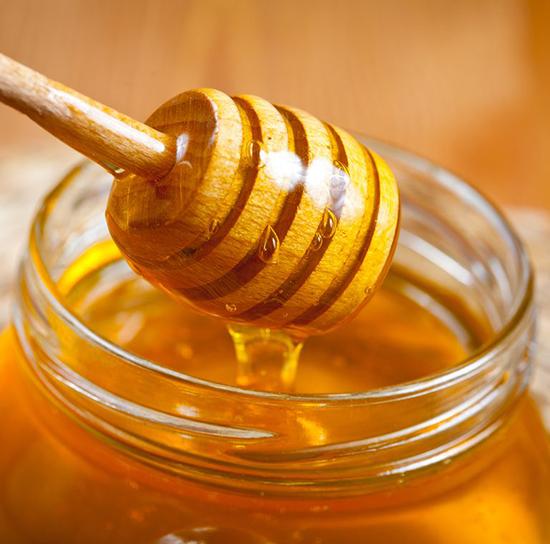 Honey is one of those products that seems to do it all. It can sweeten any meal, hydrate parched skin and soothe a sore throat when you’re feeling sick – but one particular honey stands out from the rest. Manuka honey, which is native to New Zealand and parts of Australia, has been gaining lots of buzz in the wellness world for its potent healing properties.

While some celebrities are huge fans of the stuff, it’s also being researched by otolaryngologists, dermatologists, and nutritionists, many of whom are (at least cautiously) optimistic. Curious? Here’s everything you need to know about manuka honey, its body-wide health benefits, and where to find it if you want to try it out for yourself.

What is manuka honey, exactly?

The nectar of the manuka plant has unique bioactive compounds that give manuka honey its health benefits.

Manuka is a special type of honey that’s made from bees that pollenate the manuka plant, a shrub or small tree that’s native to New Zealand and eastern Australia. The manuka flower produces a nectar that has unique compounds that aren’t as concentrated in other types of honey, including methylglyoxal, which is known for its antibacterial properties.

All genuine manuka honey products have a Unique Manuka Factor (UMF) placed on the label, a trademark that rates the honey to signify the strength and quality of its signature properties, which is determined through independent testing. It’s these various compounds that have been linked to the health benefits of manuka honey.

The health benefits of manuka honey

Manuka honey has earned a strong reputation for treating wounds. According to a 2014 review in the journal Foods, manuka been used to clear up infections, surgical wounds, burns, and even ulcers, thanks, in part, to its high levels of antibacterial and anti-inflammatory compounds.

That said, Dawn Jackson Blatner, RD, author of The Superfood Swap, points out that allhoneys have antioxidants, antibacterial compounds and anti-inflammatory properties. According to a 2014 review by Cochrane, honey can heal certain burns about four to five days more quickly than other, more conventional dressings, and may be more effective at healing infected wounds after surgery than antiseptic. ‘If you can’t find manuka, other honeys may also do the trick,’ says Blatner.

Up to five per cent of people in the United States have chronic rhinosinusitis, or inflammation of the sinuses, according to a 2017 report in the American Family Physician. Saline nasal spray might not be your only treatment option, though. In a 2017 study, researchers from the University of Washington found that manuka honey was just as effective as saline nasal irrigation at relieving the symptoms of chronic rhinosinusitis. But unlike the saline group, the people who used the honey actually enjoyed it.

‘People wanted to keep using it,’ says Greg Davis, MD, one of the study authors. ‘They felt it thinned out the mucus and it made it easier to blow the thick mucus out. It just felt better when they used it compared to salt water irrigation.’ Dr. Davis says he first learned of manuka in 2000, when he was a resident working at a trauma centre; the doctors there used it to treat severe burns.

⚠️ If you want to give Manuka honey a try, talk to your doctor (or a pharmacist) first. Not all Manuka honeys are processed equally—and the ones that are more on the acidic side can actually burn when you use it, says Dr Davis.

One of the major causes of breakouts is an overgrowth of skin bacteria called P. acnes, which hang out inside our (clogged) pores and multiply like crazy, triggering those red, swollen cysts, according to the American Academy of Dermatology.

Because manuka honey contains antioxidants and antibacterial compounds (including hydrogen peroxide), using it on your skin ‘is one way to control the overgrowth of a specific population of bacteria that contributes to acne,’ says Nava Greenfield, MD, a dermatologist at Schweiger Dermatology Group in New York City.

However, you’re better off shopping for products like moisturisers and creams that already contain manuka honey in them, as opposed to slathering the stuff directly onto your skin from the jar. Given the honey’s thickness, that might just trigger even more breakouts, says Dr. Greenfield.

You’ve heard of probiotics: the “good” bacteria that populate your gut and help keep your digestive system healthy. Well, as it turns out, manuka might just give those bugs a boost.

? Manuka honey is loaded with antioxidants

Honeys are known to contain high amounts of antioxidants, which can help fight free radicals (or, molecules that can damage cells and DNA). When researchers from Australia analysed six popular types of honeys, they found that manuka scored the highest in antioxidant activity, according to one 2018 study. The researchers point out that, in general, the darker the colour of the honey, the more flavonoids it likely contains.

? Manuka honey has a lower glycemic index than white sugar

A 2013 study from New Zealand found that manuka honey ranked anywhere from a 54 to a 59 on the glycemic index (GI). GI ratings are a measurement of how much a carbohydrate-containing food spikes your blood sugar; the higher the number, the more likely it is to raise your glucose levels.

That’s consistent with other pure honeys, which rank at about 58, says Blatner, and better than white sugar’s ranking, which is about a 65. Still, Blatner points out that manuka honey is higher than other “sweet” foods, including blueberries (about a 25) and apples (about a 38). ‘Even though there’s potential benefits [to manuka honey],’ she says, ‘like all sugars, use it in moderation.’

Where can you buy manuka honey?

You’ll find manuka in your local health foods stores and some supermarkets. It is usually more expensive (usually between £15 to £30) than your go-to jar of the sweet stuff, but a higher price doesn’t instantly mean you’ve found a genuine product. Instead, be sure to look for the UMF rating. Generally, the higher the UMF score on your jar of manuka (ideally 10 or above), the higher quality the honey.