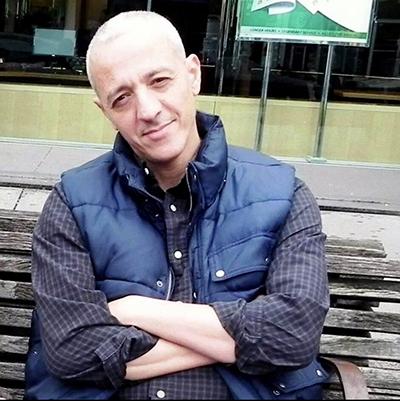 Egypt has sentenced an American businessman, who is diabetic, to 15 years in prison.

Had I told the soldiers that I was an American, I wouldn’t be writing this right now. I might have been killed. On Aug. 14, 2013, my brother-in-law Moustafa Kassem and I were visiting family in Cairo and had stepped out to exchange money at a shopping mall.

Moustafa, who was 48 years old at the time and father of two children, was returning home to New York in five days. We had emigrated to New York years ago. We worked hard and happily settled into the rhythms of our beloved city. We became American citizens. Moustafa drove a cab for several years. Later, we started a business together.

Our families were still in Egypt and we would visit them in Cairo every summer. Egypt had witnessed great political turmoil since the Arab Spring protests in 2011. Hosni Mubarak, the dictator, had resigned. About a year later, Mohamed Morsi, the Muslim Brotherhood candidate, won the presidential election and became president.

Political trouble and opposition to Mr. Morsi was already roiling Egypt when Moustafa and I left New York for Cairo in 2013. We decided to visit our families because we were not politically involved. We assumed we would be fine as our time in the city was centered on family.

In early July, Egyptian military led by Gen. Abdel Fattah el-Sisi ousted Mr. Morsi. In the following days, members and supporters of the Muslim Brotherhood started camping and protesting in eastern Cairo near the Rabaa al-Adawiya mosque and some other sites.

What I remember viscerally about our visit was the sweltering heat in Cairo. It was hard to be outdoors, but every now and then you need to leave the house, run some errands, walk around the city.

On that fateful Aug. 14 afternoon, after Moustafa and I stepped out of the shopping mall, we found ourselves caught in a wave of terrifying violence. While we had been worrying about the best exchange rate between the Egyptian pound and the dollar, Egyptian soldiers and police had raided the camp of the protesters — mostly supporters and members of the Muslim Brotherhood and Mr. Morsi — outside the Rabaa al-Adawiya mosque, less than a mile away from the shopping mall.

Soldiers and policemen had opened fire on the protesters. We saw several people being shot. By the end of the day, more than 900 protesters were killed by the soldiers and the police, in what came to be known as the Rabaa massacre.

Before we could get out, a group of soldiers stopped us and demanded our identification papers. I instinctively handed over my Egyptian identity card. “Stay low! Don’t draw attention,” I thought. At the same time Moustafa made the opposite decision. He sought safety in his being a citizen of the United States and handed over his American passport. Moustafa saw his blue passport as a shield, his bulletproof armor, which carried the protection and the force of the United States government behind it.

The sight of Moustafa’s American passport enraged the soldier. He threw it on the ground and called him a spy. He began pounding Moustafa’s face with his fists, pushed him to the ground and stomped on him with his boots. I was shoved away. Several soldiers joined in the assault and later dragged him away.

For two weeks, we frantically searched for Moustafa. When we finally found him in Abu Zaabal military prison in a desert area outside Cairo, repeated beating had turned his face into a lump of red and blue flesh.

Moustafa was detained without a charge for more than five years. And when the Egyptian prosecutors filed a charge against him, they threw him in a case with 738 other prisoners, accusing him and others of being part of the protests and trying to overthrow Mr. Sisi’s government.

A farcical show trial plodded on for the next five years. Egyptian authorities continued holding Moustafa in a prison, where the conditions are dreadful and inhumane. The cells are filthy, infested with insects, rodents and snakes. They have no ventilation, sun or light. Moustafa and other prisoners have no access to clean water, a bed, a chair or any books.

Moustafa is living with a life-threatening absence of medical care. He is diabetic and suffers from ischemic heart disease and hypothyroidism, and has had treatment for skin cancers. The prison authorities don’t even let him refrigerate the insulin for his diabetes that the family would bring to the prison.

On Sept. 8, the Egyptian court convicted Moustafa and the hundreds of others in his case. He was sentenced to 15 years in prison. In protest, against the travesty of justice, Moustafa declared a hunger strike. We begged him not to go on strike. His health was already failing.

The hunger strike would kill him. “I know I may be able to survive for only a few weeks when I go on hunger strike,” he told us. “But I have no other option. I would rather starve to death than rot slowly and silently here in this hell.”

A year ago, Senator John McCain brought Moustafa’s case to the American public, telling President Trump that he must “demand the immediate release” of Moustafa and other Americans unjustly imprisoned in Egypt, a country that receives more than a billion United States tax dollars every year.

After the verdict in September, Moustafa wrote to President Trump, Vice President Pence and several representatives and senators, seeking help. A citizen who believed his American passport would protect him out there in the world is now dying in an Egyptian prison.

Egyptian authorities have interpreted the silence of the United States to mean Moustafa’s country and his government have forgotten this hardworking, ordinary American man. Moustafa, who refused to eat solid food in protest, has been surviving on vegetable juice. The prison authorities have started denying him even that. He is no longer allowed to go outside and see the sky and breathe fresh air.

Moustafa is scarily weak now, a walking skeleton. His blood sugar levels are wavering dangerously; he has reported increased dizziness. They are killing him. His children miss him very badly and are living without a father’s material and emotional support — something none of us can replace despite our love for them.