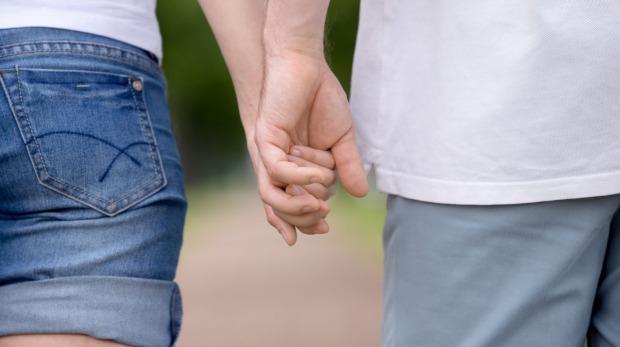 If you think having The Talk with your teen just once gets you off the hook then think again, new research shows that it’s ongoing conversations with adolescents that matter. In fact teens who had regular conversations with their parents about sex were more likely to engage in safer sex at age 21

“Our current culture is highly sexualised, so children are learning about sexuality in a fragmented way from an early age,” said lead author Professor Laura Padilla-Walker. “Research suggests that parents can be an effective means of teaching their children about sexuality in a developmentally appropriate manner, but that does not occur if parents only have a single, uncomfortable, often one-sided talk.”

As part of the study published in the Journal of Adolescent Health, researchers looked at parent-child communication among 468 teens aged 14-18 years and their mothers, as well as a smaller sample of their dads. Professor Padilla-Walker contacted families every summer over a ten-year period and questioned them about their level of “sexual communication.” Teens also completed a measure with questions around their engagement in “risky sexual behaviour”.

And the results were clear. Not only did kids who had more frequent chats about sex have safer sex at age 21, they also reported feeling safer going to their parents with questions and concerns.

“This should increase the urgency that parents feel to have conversations with their children about sex, and educators and pediatricians should encourage parents to initiate conversations at least as soon as early adolescence, and with increasing frequency over time,” the authors write.

If you’re a parent who’s already having regular conversations with your teens, however, you might want to pause before giving yourself a pat on the back just yet.

“Whether or not parents think they are talking about sexuality often, children are generally reporting low levels of communication,” said Professor Padilla-Walker. “So parents need to increase sex communication even if they feel they are doing an adequate job.”

The researchers also found differences in the nature of communication from fathers and mothers, as well as differences in the frequency with which they discussed sex with sons and daughters. “Both child- and father-reports of sex communication were low and stable from early to late adolescence, while mother-reports were significantly higher (though still relatively low) than both child- and father-reports,” the authors note. The data also showed that while mums initially spoke to their sons about sex less frequently than they did with their daughters, this pattern changed over time – mums spoke to their sons more than their daughters as they grew up.

What Professor Padilla-Walker wants to see is an “upward trajectory” of parent-child communication as kids get older. “Parents should talk frequently with their children about many aspects of sexuality in a way that helps the child to feel comfortable and heard, but never shamed,” she said.

It’s advice echoed by Sexologist  Isiah McKimmie who says it’s important for parents to start talking about sex early with their children. “We actually need to be having age-appropriate sex education conversations with children at every age. This begins with us teaching children about their genitals, using correct words for genitals and teaching consent around their body when they’re quite young,” she notes, adding that the average age children first discover pornography on the internet is now 11. “Often by the time parents feel it’s appropriate to have the conversations with their children, their kids have been seeking (and getting) information elsewhere.”

According to Ms McKimmie, having open conversations with your child about sex helps them be sexually safe, nurtures their future enjoyment of relationships and builds trust between you, so that your child is encouraged to seek your advice.

“Sex education is about more than the biology of procreation,”Ms McKimmie says. “It needs to include issues like consent, pleasure, intimacy, love, safer sex and sexually transmitted infections.” Because this is a lot for kids to take in at once, having numerous conversations, she says, allows their understanding to deepen and for various questions to be answered that they might not think of in just one conversation.

“Parents are often worried that sex education will lead to early (or frequent) sexual behaviour,” Ms McKimmie says, adding that the research has, in fact, shown the opposite to be true. “Comprehensive sex education has been shown to raise the age of first initiation in sex and lower teenage pregnancy and sexually transmitted infection rates.”

So how do parents have these conversations with their kids? Here are some of Ms McKimmie’s tips: