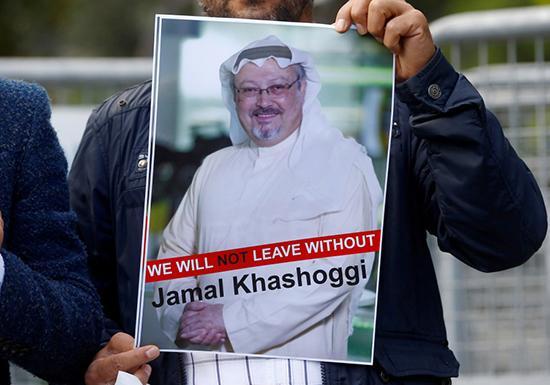 The missing Saudi journalist Jamal Khashoggi was an outspoken opponent of rumors that Saudi Arabia was considering increased ties with Israel. His disappearance while visiting the Saudi consulate in Istanbul may now result in a reduction of Washington’s support for Riyadh and have repercussions that affect Jerusalem.

Khashoggi was once a powerful insider in Saudi Arabia, an adviser to the kingdom who helped craft its image abroad. However he became increasingly disillusioned with the path chosen by Crown Prince Mohammed Bin Salman after MBS rose to power in 2017. Khashoggi was particularly critical of Riyadh’s approach to the Muslim Brotherhood and political Islam. He felt the crackdown on more Islamist views was problematic. He also voiced consistent critique of the rumors that the kingdom was growing closer to Israel. He told Al Jazeera in November that Saudi Arabia should return to its role as a leader of the Arab world. “He deplored the authorities’ decision to allow some in the Saudi news media to express support for Israel against the Palestinians,” the article noted.

The Middle East Monitor asserted an Israel-Saudi relationship in an article on Thursday. “We don’t know whether or not Israel was involved in this particular kidnapping in Istanbul, but it’s certainly a valid avenue of enquiry for investigators.”

Khashoggi had recently spoken at a MEMO conference and told the BBC that the Oslo Accords were “dead.” He also said there were revelations of Saudi Arabia developing closer ties to Israel. This was related to the “Deal of the Century” being proposed by the Trump administration. “The way I read it is the Saudis want to establish a relationship with the Israelis in order to benefit from Israel’s overwhelming power in the Middle East in order to drive the Iranians out of Syria,” MEMO quoted him as saying on October 1. Khashoggi argued that the Trump deal would give Saudi Arabia a “bad name.”

This is in line with Khashoggi’s belief that Saudi Arabia’s traditional role in the Sunni Arab world was one of leadership, rooted in political Islam and also supporting the Palestinian struggle. He was also skeptical that Israel was really able to help Saudi Arabia rid the region of Iran’s tentacles.

Khashoggi, for instance, was a supporter of the rebellion against Bashar Assad’s regime. On Twitter he frequently mentioned Israel’s role in Syria, pointing out that Israel acts in its own self interest. On April 9 he tweeted that rumors that Israel had bombed Iranian forces at T-4 “was not in retaliation for Douma,” an area subjected to chemical weapons attack. “It [Israel] kills innocents everyday in Palestine,” he wrote. The point he argued was that Israel was not a worthy ally and not a reliable one. He wrote on April 29 that Israel was carrying out air raids in Syria, but that Iran and Israel would have some accommodation because Israel didn’t really want to rid Syria of Iran completely. He opposed any normalization.

Allegations that Khashoggi was murdered by Riyadh or made to have been disappeared by the kingdom has rocked Washington and led many in Congress and in major US media to criticize the Trump administration’s close relations with Saudi Arabia. This is unprecedented since the US has been a close Saudi ally for more than half a century. But the kingdom’s spats with Qatar, Turkey, Canada and other countries, including its internal crackdown, have angered its friends abroad. This gives Turkey a way to portray Saudi Arabia as on the wrong track.

For Israel’s policy makers, who have been hinting at improved relations with the kingdom over the last several years, this could pose a challenge. If the US loosens ties with Riyadh that could bring Saudi Arabia and Israel closer, as the kingdom feels isolated.

That is what happened during the Obama administration. However it could also backfire if Saudi Arabia decides to change course. With senior Trump administration officials pressuring Mohammed Bin Salman over the Khashoggi disappearance there is a growing chorus against the traditional US-Saudi ties, which have generally given Riyadh a pass on criticism over human rights and other issues.

Trump has sought to knit together a united front between Saudi Arabia and Iran. His trip to the kingdom in May 2017 was followed by a flight to Israel, a symbolic choice. These were the two pillars of Trump’s policy in the region. If things change it will affect Israel, especially in light of Turkey’s tensions with Israel in recent years.