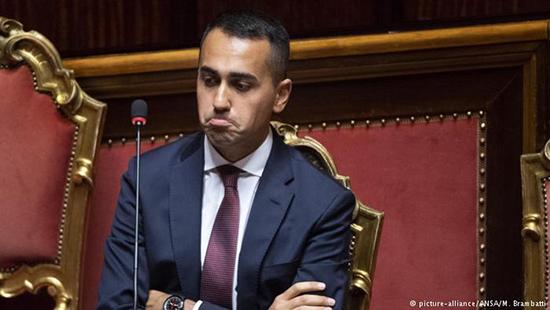 Italy has approved a controversial new budget law, which includes a 2.4 percent public deficit target. The budget defies the European Union’s fiscal discipline rules, but the government insists it will drive investment.

Italy’s populist government ignored warnings from the European Union and International Monetary by approving a new budget law on Thursday that steeply raises the deficit target to 2.4 percent for 2019.

The Italian Senate approved the new budget targets by 165 votes to 107, with the lower house following suit, passing it by 331 to 191. The Cabinet is slated to sign off the spending plans on Monday, Deputy Prime Minister Luigi Di Maio said.

The governing Five Star Movement (M5S) welcomed the vote in a statement. The budget “lays the foundation for a change of course in Italian politics,” the anti-establishment party said, adding that the plan would end austerity and drive investment.

“Next week, on Monday, the cabinet will approve the budget, which will then be sent to Brussels and to parliament,” Di Maio, who leads the M5S that governs with the right-wing League party, said.

The proposed budget passed despite it being criticized as unrealistic by the parliament’s own budget office and the Bank of Italy.

However, by passing the new budget law, the Rome government effectively dismissed fears in Brussels that Italy will pile on further debt. The country is already among the most indebted eurozone members.

The budget plans are due to be submitted to the European Commission on Monday. Italian ministers have said that EU officials should reserve judgment until further details have been unveiled.

In a bid to soften the impact of their controversial spending plans, Italy’s leaders vowed to lower the deficit in 2020 and 2021. However, that has done little to mitigate fears that M5S and the League will instead continue to boost spending, as both parties try to meet their respective rafts of pricey campaign pledges.