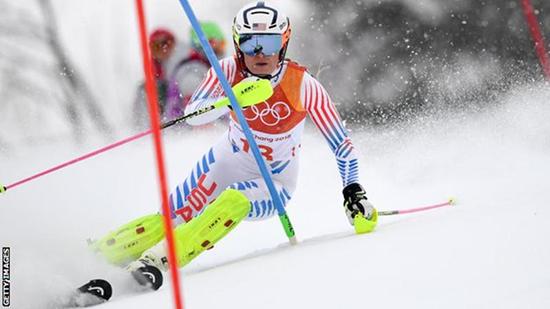 Three-time Olympic medallist Lindsey Vonn says she will retire at the end of the upcoming World Cup ski season.

American Vonn previously said she would not retire until she broke Ingemar Stenmark’s all-time record of 86 World Cup victories.

The 33-year-old – who won downhill Winter Olympic gold at the 2010 Games in Vancouver – has 82 but will quit the sport regardless of her final figure.

“If I get it, that would be a dream come true,” she told NBC.

“If I don’t, I think I’ve had an incredibly successful career no matter what.”

Vonn, who also won Super-G bronze in Vancouver as well as Winter Olympic downhill bronze in Pyeongchang in February this year, has won four overall World Cup titles, the most recent coming in 2012.

Her total of 82 victories includes 43 downhill and 28 Super-G wins.

“Physically, I’ve gotten to the point where it doesn’t make sense,” Vonn said.

“I really would like to be active when I’m older, so I have to look to the future and not just be so focused on what’s in front of me.”

Vonn plans to enter every downhill and Super-G race of the 2018-19 season, with her first appearance of the campaign set to be at Lake Louise, Canada, in late November.