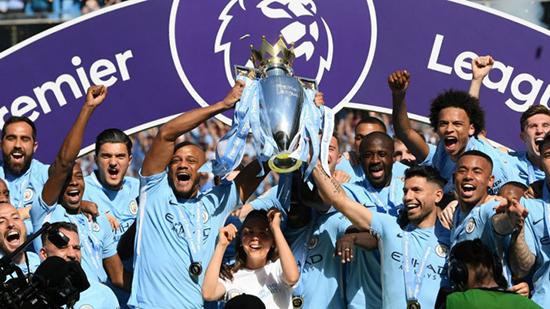 Manchester City’s “blueprint” for success both on and off the football pitch is driving the expansion plan of the club’s parent company.

Since being taken over in 2008, City have won three Premier League titles, one FA Cup and three League Cups. However, it’s not just the on-pitch achievements that are key, but also the business and off-pitch strategies.

With the “City” brand now on three continents, there are plans for more acquisitions of clubs it was revealed this week by Nuria Tarre, CFG’s chief marketing officer. Continuing to grow Man City’s global footprint is another major aim for the group.

Speaking at the Leaders Sport Business Summit in London, she said: “Growth is our mantra. Primarily the focus is on Manchester City in terms of growth, but for the City Football Group to grow globally we plan to have more clubs in other parts of the world. Our expansion is mostly geographical. From a Manchester City point of view, the US and Asia are a big focus.

“It’s not just about geographical growth, but about reaching new audiences. Women and kids are very important to us and part of our growth strategy.

One way of taking the City brand to new audiences has been via social and digital media channels.

The biggest success story so far for CFG and Man City has been the behind-the-scenes documentary series broadcast on Amazon Prime.

Launched in August this year, the eight-part All or Nothing: Manchester City series focused on the 2017-18 Premier League title-winning campaign. Pep Guardiola’s side stormed to the league title with a record 100 points while playing a style of football praised by pundits and fans alike.

Speaking about the Amazon partnership, Tarre said the series was not only unique but it attracted football fans in general. She said: “We were looking at an opportunity to produce content in a very unique way. We are not afraid of showing things as they are, which is not always simple in football, and Amazon came to us with this incredible opportunity.

“We have all been overwhelmed by the success of it [the documentary]. It shows a lot about the organisation.

“It’s easy to say now that we know how the season ended, of course we are very proud of the success and record-breaking season in the Premier League. But we were not to know [how the season would end]. We were there to win.

“This type of content appeals to football fans in general, it’s a way to go beyond our channel.”

One region where the City Football Group will aim to grow is in China. Until December 2015 CFG was owned in full by the Abu Dhabi United Group. Then the China Media Capital consortium bought 13% of the shares.

But wherever the expansion takes place, the group will use the blueprint and business success of the clubs in its portfolio. Tarre concluded: “We believe that all clubs should play the same type of football and have the same commercial know-how as well.”