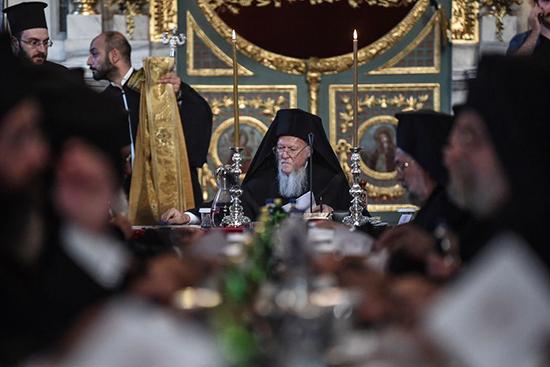 The Ukrainian Orthodox Church has officially separated from that of Russia, in what has been hailed as the biggest split in Christianity to take place in a millennium.

Patriarch Bartholomew I, head of the Ecumenical Patriarchate of Constantinople (modern-day Istanbul), who is seen as the spiritual head of 300 million Orthodox Christians, agreed to recognize the independence of the Ukrainian Orthodox Church in a Thursday decision, Reuters reported. Russia has responded by comparing the move to the Great Schism of 1054 that split western and eastern Christianity. The Russian Orthodox Church also said it would break eucharistical relations with the Ecumenical Patriarchate.

The decision was made after a three-day meeting in Istanbul, which is still seen as the spiritual seat of the Orthodox faith, despite falling under Muslim rule back in 1453. Through an official statement, the patriarch agreed to “proceed to the granting of Autocephaly [independence] to the Church of Ukraine.”

Tensions have persisted between Kiev and Moscow since 2014, after Russia moved to annex Ukraine’s Crimean Peninsula and support separatist rebel groups in several parts of the neighboring nation. Ukraine was part of the Soviet Union and Ukraine’s capital Kiev was once the seat of the historic Kievan Rus empire, which both Ukraine and Russia trace their ancestry to. Christianity was first adopted in the region by Vladimir the Great, who ruled the medieval confederation, in 988 A.D.

Despite the long history, political tensions have overshadowed religious association. More than 10,300 people are estimated to have been killed in ongoing fighting within Ukraine, as Moscow continues to support rebel groups. Four more Ukrainian soldiers were reported killed this week along with three others injured in the country’s east.

Ukraine had accused the Russian Orthodox Church, a staunch backer of the Kremlin, as exerting significant influence throughout the country.

“I believe it is absolutely necessary to cut off all the tentacles with which the aggressor country operates inside the body of our state,” Poroshenko said in July, suggesting the Russian church represented a security threat.

Commenting on the historic split, Washington’s special representative for the Ukraine conflict Kurt Volker said: “I hope there are not protests and violence orchestrated as a result of this decision,” according to Reuters. “I think it would be tragic to see that.”