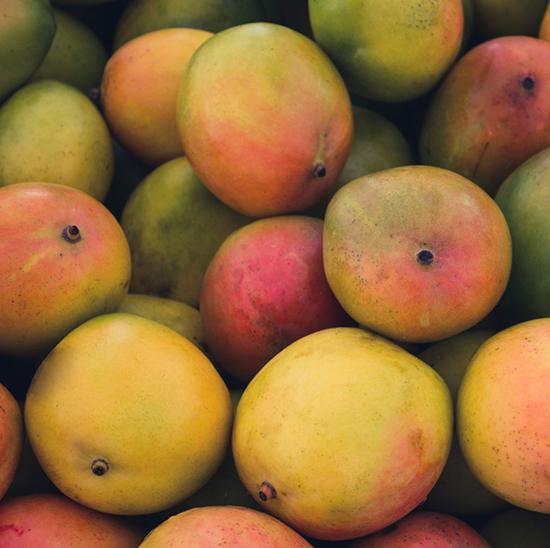 You gotta peel that sucker.

Leave me with a bag of dried mango and it’ll be gone in an hour. I know—dried fruitisn’t necessarily the healthiest, but I have zero control when it comes to its natural sweetness and Twizzler-like chew. And, really, the tropical fruit is pretty flipping good when it’s fresh, too.

However, I never really bother with the skin. But considering that other fruit skins like apples, pears, and even kiwi have lots of extra nutrients, could I be missing out? Is mango skin even safe to eat?

Not exactly, says Abby Langer, R.D., a Canada-based food and nutrition expert. “I’ve never heard of anyone eating mango skin, and I wouldn’t advise it,” she says. “There are parts of certain foods that we really don’t need to eat!”

And in the case of mango, that’s because the skin contains a chemical called urushiol—the same oily resin that causes an allergic reaction in some people when they are exposed to poison ivy, oak, or sumac, says Vandana R. Sheth, R.D.N., a certified diabetes educator and spokesperson for the Academy of Nutrition and Dietetics.

Now, that doesn’t mean that touching an unpeeled mango will automatically make you break out in an itchy, painful rash. But if you know you’re allergic to poison ivy or poison oak, for example, you should be careful. A very small study found that people who had previously been exposed to poison ivy were more likely to develop rashes when handling mangoes than people who had never touched poison ivy—likely because the former group had been already sensitized to the irritating urushiol. But obviously more research is needed on that front.

Langer has actually experienced this strange reaction herself: “It makes me break out in an itchy rash if my mouth comes into contact with the skin,” she says about mango skin.

Still, Sheth says, mangoes are packed with nutrients and fiber, so you shouldn’t avoid them entirely. “The high antioxidant content makes mangos helpful for cancer protection, skin, and eye health,” she says. (Plus, real talk: They taste so freaking good.)

Instead, you’ll want to just go ahead and peel your mangoes before reaping the benefits of the fruit. (And here’s an awesome hack that will make peeling and cutting mangoesmajorly easy.)