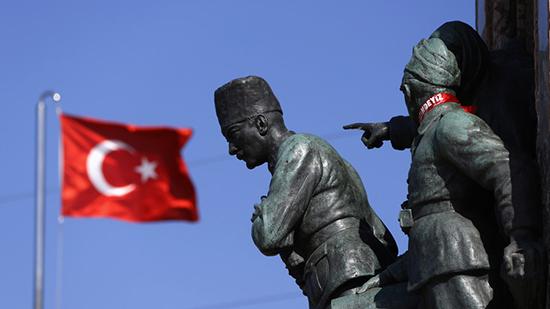 Ankara will not ask for financial aid from the International Monetary Fund, Turkish President Recep Tayyip Erdogan said recently. It means the country seeks to be independent despite economic turbulence, according to analysts.

“This would not have brought the country no good but even greater problems, since appealing to the IMF for help is not only related to economic issues but also entails the fulfillment of a number of political demands,” Dr. Ercan Enc, deputy chairman of the Turkish non-parliamentary left-wing nationalist party Vatan, told Sputnik Turkey.

“This would be tantamount to Turkey rejecting its independence,” Enc said, adding that Ankara will have to find a way to curb economic troubles without help from the United States or the European Union.

Last weekend, Erdogan said that the “IMF chapter in the country has been closed for good,” adding that IMF funding was a “yoke.”

The US has imposed sanctions against Turkey for arresting the American pastor Andrew Brunson who is accused by Ankara of helping the failed military coup in 2016. Since then, Turkey’s lira has lost around 40 percent of its value this year, while inflation is above the central bank’s rate of 24 percent.

The harsh depreciation is not the only headache for the Turkish government. Ankara has to repay $180 billion in foreign borrowings in the next 12 months. With foreign imports, mostly gas and oil, that bill will grow to $230 billion.