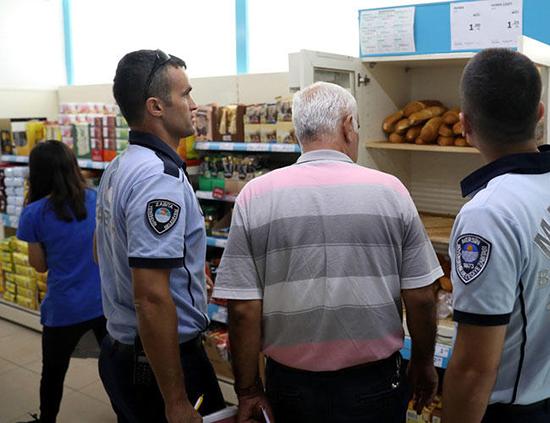 The Turkish government has ordered governors across the country to impose tighter controls and fines on those carrying out steep price hikes due to economic developments, the Interior Ministry said on Oct. 11.

Minister Süleyman Soylu sent a notice to governors in all 81 provinces asking for measures to be taken against those “taking advantage” of volatile exchange rates to hike prices, the ministry said.

President Recep Tayyip Erdoğan has previously called on the Turkish people to report stores that excessively hike prices, vowing to raid them if necessary.

On Oct. 9, Treasury and Finance Minister Berat Albayrak announced a plan to cut prices by 10 percent in an attempt to combat rising consumer prices.

According to the Interior Ministry notice, governors will be able to issue “general orders” against those who apply excessive prices.

Those who do not obey these orders will be fined judicially and administratively in line with the Law on Public Disgrace, the notice noted.

According to the notice, tradesmen or companies cannot make excessive price hikes and adopt any stockpiling activities.