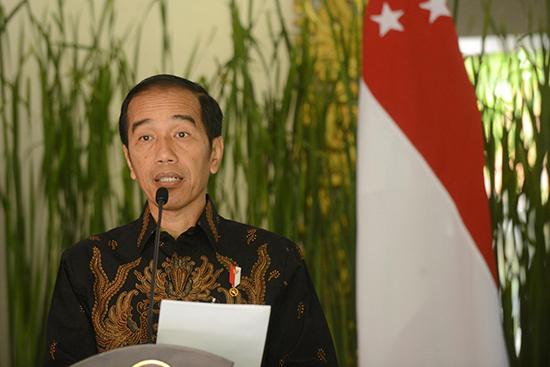 At the plenary session of the International Monetary Fund and World Bank meetings being hosted by Indonesia, Widodo peppered his speech with references to the HBO series “Game of Thrones”, where families and kingdoms battle for power in a fictional continent, to explain risks facing the global economy.

“All these troubles in the world economy, are enough to make us feel like saying: ‘Winter is Coming’”, he said, using a phrase that characters in the popular fantasy series often use to refer to the lurking threats that could destroy them.

He did not single out any one country but emerging markets, like Indonesia, have been battered by stormy markets amid worries about the impact of an escalating Sino-U.S. trade war and monetary policy tightening in advanced economies.

The market ructions have now cascaded through to developed markets with Wall Street extending a slide into a sixth session on Thursday amid the trade war fears.

The United States and China have slapped tit-for-tat tariffs on hundreds of billions of dollars of each other’s goods over the past few months.

“Lately it feels like the relations among the major economies are becoming more and more like “Game of Thrones”,” said Widodo.

“Are we so busy fighting with each other and competing against each other that we fail to notice the things which are increasingly threatening, all of us alike, rich and poor, large and small,” he said.

He called on finance ministers and central bank governors to “cushion the blows from trade wars, technical disruption and market turmoil”.

“I hope, you will each do your part… to nudge our various leaders, in the right direction,” Widodo said, adding that “confrontation and collision impose a tragic price”.

At the plenary, IMF managing director Christine Lagarde estimated that the escalation of current trade tensions could reduce global GDP by almost one percent over the next two years.

Earlier this week, the fund cut its global economic growth forecasts for both 2018 and 2019 to 3.7 percent, from 3.9 percent in its July forecast, saying that the trade war was taking a toll and emerging markets were struggling with tighter liquidity and capital outflows.

Separately on Thursday, the IMF warned in its twice-yearly report on the Asia Pacific region that the market rout seen in emerging economies could worsen if the Federal Reserve and other major central banks tightened monetary policy more quickly than expected.

“Clearly, we need to de-escalate these disputes,” Lagarde told the plenary session at the meetings, which are being attended by more than 19,000 delegates and other guests, including ministers, central bank heads and some leaders.