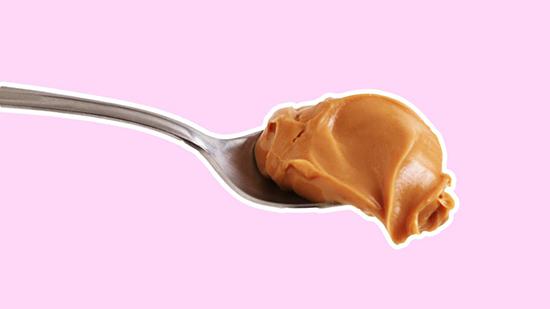 Is peanut butter healthy? Nutrition experts have long debated the question, given peanut butter’s high fat content. But when its full nutritional profile is considered, to many, the answer is yes.

“It really is a healthy food,” says registered dietitian Lisa Sasson, a clinical professor in the department of nutrition and food studies at New York University. “There are so many reasons to keep it in your pantry or bring it to work, if you like the taste.”

One major reason is that peanut butter has “a great nutritional package” with protein, fiber and many minerals and vitamins, says Dr. Walter Willett, professor of epidemiology and nutrition at the Harvard T.H. Chan School of Public Health and of medicine at Harvard Medical School. Two tablespoons have about 7 grams of protein, 16 grams of fat and 2 grams of fiber. Thanks to these three components, “it’s very satisfying,” says Sasson.

Here’s what else you should know about peanut butter.

Is peanut butter a ‘good’ fat?

Peanut butter’s high fat content is what gave the spread a reputation for being unhealthy, says Willett. But researchers and experts now distinguish between different types of fats, and peanut butter is a prime example of a “mostly healthy unsaturated fat,” Willett explains. Eating more of this kind of fat “will reduce blood cholesterol and risk of heart disease,” he says, “especially if this replaces butter or processed meats.”

If you don’t like the taste of peanuts (or if you’re allergic to them), other nut and seed butters abound, from almond butter to cashew to sunflower seed butters. “I put them all in the healthy category,” says Willett.

What’s the healthiest kind of peanut butter to buy?

Not all peanut butters are equally good for you. The healthiest kinds contain just one or two ingredients: peanuts and salt (but not too much). Peanut butter is often a sneaky source of added sugar, so make sure there’s none listed in the ingredients. And scan the nutrition labels and avoid peanut butters that have hydrogenated oils, which are unhealthy fats that are added to keep peanut butter from separating or going bad quickly, Sasson says.

And skip jars labeled “low fat,” Sasson says; these are misleading, since they often contain “the same amount of calories and more added sugar.” While natural peanut butters may require a little stirring without the added emulsifiers and may have a bit of a shorter shelf life than versions with hydrogenated oil, keep them in a cool, dark cabinet or the refrigerator to make them last longer, Sasson says.

How much peanut butter should you eat?

“Very few foods are so versatile,” says Sasson: put peanut butter on apples, crackers, in baked goods, in a sandwich, or use it as a dip for bananas or other fruits. Sasson says she prefers peanut butter simply spread on whole grain toast or whole wheat crackers, while Willett’s favorite way to enjoy it is with carrot sticks as a dip or in a “flavorful and nutritious” West African peanut soup.