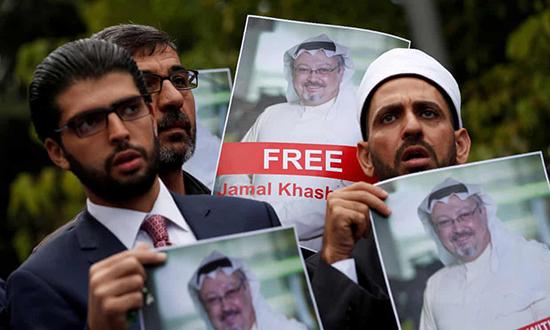 Saudi Arabia has found itself further isolated over the disappearance of Jamal Khashoggi after the business world turned its back on a high-profile investment conference in the kingdom and US officials claimed audio and video recordings had captured the moment the journalist was murdered in Istanbul.

The Future Investment Initiative conference, to be held in Riyadh later this month, was rapidly turning into a fiasco on Friday after most media partners and several top business allies pulled out. More were expected to follow. All said they had been disturbed by the circumstances of Khashoggi’s disappearance from the Saudi consulate in Turkey and the lack of credible responses.

Saudi Arabia has been under pressure to explain what happened to Khashoggi after he entered the consulate building at 1.14pm on 2 October. Turkey has claimed the exiled journalist and critic of Crown Prince Mohammed bin Salman was murdered by a hit squad sent from Riyadh. Authorities in Istanbul have hinted they hold undisclosed evidence that proves what took place.

On Friday, US officials revealed to Khashoggi’s employer, the Washington Post, that Turkish investigators had claimed audio and video tapes existed of conversations between the missing 59-year-old and his alleged killers.

“You can hear his voice and the voices of men speaking Arabic,” an official said. “You can hear how he was interrogated, tortured and then murdered.” The references to recordings could suggest that Turkish intelligence officers had bugged the consulate or some of the accused killers.

Hatice Cengiz, Khashoggi’s Turkish fiancee, told the Associated Press on Friday that Khashoggi was wearing an Apple watch when he entered the consulate and investigators were examining his cellphones, which he had left with her.

In written responses to questions by the AP, Cengiz said Turkish authorities had not told her about any recordings and that Khashoggi was officially “still missing”. Cengiz said Khashoggi was not nervous when he entered the Saudi consulate in Istanbul and did not suspect anything bad would happen to him. “He said ‘See you later my darling’ and went in,” Cengiz said, and they were his last words to her. They would have been married this week and had planned to live between Istanbul and the United States, where Khashoggi had been living in self-imposed exile since 2017.

Ankara and Riyadh have been assembling a joint investigation team, with Turkish officials saying they would give the kingdom until Saturday to agree to terms.

As discussions continued on Friday, the Saudi monarch, King Salman bin Abdulaziz Al Saud, sent the senior royal Khaled al-Faisal to meet the Turkish president, Recep Tayyip Erdoğan. The move was regarded as an attempt by King Salman to reintroduce the older generation, with whom the kingdom traditionally wielded regional influence before the rise of the 33-year-old crown prince and de facto ruler, Bin Salman.

Also on Friday, a Turkish court freed a US pastor whose detention on terrorism charges had prompted a bitter dispute between Washington and Ankara. The surprise release of Andrew Brunson prompted speculation that Turkey was seeking US support in its face-off over Khashoggi.

However the US national security adviser, John Bolton, appeared to cast doubt on Turkey’s version of events surrounding Khashoggi’s disappearance, suggesting that, because Turkey and Saudi Arabia had been historical foes, another “operation” may have taken place.

“You know, honestly, we just don’t know what the facts are,” Bolton told the rightwing radio host Hugh Hewitt. “And that was one of the points that I made to the crown prince. We need to find out what the facts are, and we need to get this resolved quickly, because if it is another operation, people need to understand that.

“I think the Saudis themselves are being damaged, because we don’t have the facts out. There’s obviously been historical animosity between Turkey and Saudi Arabia. We have our own difficulties with Turkey at the moment.”

Earlier on Friday, Cengiz, Khashoggi’s fiance, urged Donald Trump on Twitter to use his clout to find out what happened. “What about Jamal Khashoggi?” she wrote in response to a tweet by Trump in which he said he said he had been “working very hard” to free Bunson, the US pastor.

While business groups had withdrawn from the Riyadh conference, the US treasury secretary, Steve Mnuchin, said he still planned to attend.

The comments further fuelled concerns that Washington’s close relationship with Riyadh may cast a shadow over the investigation.

“We’re going to find out what happened,” Trump pledged when questioned by reporters in Cincinnati where he was headlining a political rally.

Previously, Trump had explicitly linked his response to the allegations to Washington’s $110bn worth of arms supply deals with Riyadh. Ankara also has significant trade and political ties with the kingdom, with which it maintains a cautious rivalry.

The former foreign secretary Sir Malcolm Rifkind has called for Britain to impose sanctions against Saudi Arabia, unilaterally if necessary, over Khashoggi’s disappearance. He told BBC’s Newsnight: “If the current crown prince remains in power for the indefinite future, then in the first instance the United Kingdom must work with the United States, France and other countries to see if there can be a combined response, a punishment of some kind, of sanctions of some kind.

“If the United States was not willing to take part then the United Kingdom has to consider action that it will take in its own name.”

Saudi Arabia’s ambitious Vision 2030 plan, under Bin Salman, is strongly dependent on overseas investment, and the apparent shunning of the conference will be as disturbing to Saudi policymakers as the more distant threat of a US Congress-imposed ban on future arms sales.

Some of the companies said their withdrawal from the conference on 23 October was dependent on the outcome of the investigation, while others put no condition on their decision.

The president of the World Bank, Jim Yong Kim, announced he would not be attending, soon after the Financial Times and CNN said they were pulling out as media sponsors, with all CNN’s anchors withdrawing from the event. Bloomberg also pulled out.

The New York Times withdrew its sponsorship two days ago, prompting a string of withdrawals across the globe, including of Ariana Huffington, the LA Times owner, Dr Patrick Soon-Shiong, and the CNBC anchor Andrew Ross Sorkin.

On the corporate side, Sir Richard Branson and Viacom announced their withdrawal, as did Uber, which is part-owned by the kingdom’s sovereign wealth fund.

The Uber chief executive, Dara Khosrowshahi, said he would not attend “unless a substantially different set of facts emerges”.

Christine Lagarde, the head of the International Monetary Fund, is listed as a speaker at the conference, but Jihad Azour, the head of the IMF Middle East department, would not say if Lagarde would be present. “Like most of the people here and everywhere, we are waiting to have more information on this recent development,” Azour said.

Organisers suggested the conference would still go ahead because the long-term political cost of cancelling would be greater than the embarrassment of a poor turnout. 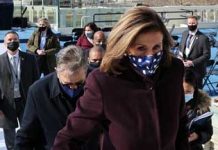 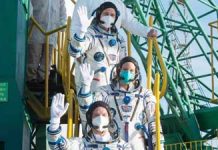