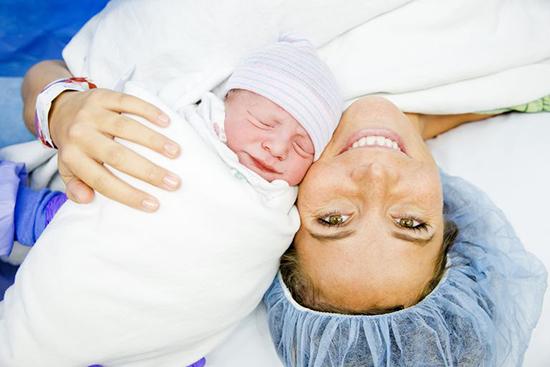 Globally, Caesarean section use has nearly doubled in the past two decades, study finds.

In a series of new studies, a team of researchers have revealed that in many countries C-sections are on the rise, accounting for more than 21 per cent of births globally in 2015, up from just over 12 per cent only 20 years earlier.

In the UK, the figure is just over 26 per cent, but in some countries more than half of births are said to involve the procedure. But are elective C-sections putting babies and mothers at unnecessary risk?

Are caesarean sections on the rise?

There are many different reasons why a woman might give birth via caesarean section. ‘Sometimes it’s for the baby’s health, sometimes for a mother’s health. Sometimes it’s planned in advance to prevent predicted problems occurring,’ says Gilchrist.

We have seen an increase in C-sections in the UK but we’ve also had an increase of women at risk.

‘We have seen an increase in C-sections in the UK,’ she adds. ‘But we’ve also had an increase of women at higher risk, therefore actually needing them.’

Are C-sections an unnecessary risk?

The study, published in the Lancet, notes that the risks are generally small and depend on where in the world the operation is taking place. They also state there has been little research into the psychological effects of opting to have a caesarean section compared with vaginal delivery.

‘These decisions are made on a case-by-case basis, by experienced and highly trained obstetricians,’ explains Gilchrist. ‘They will have weighed up the risk and benefits of each particular case before making a decision.’

The risks are generally small and depend on where in the world the operation is taking place.

Changing health concerns have also had an impact on birth complications. ‘With slightly older women we see more complicated medical issues, which perhaps 10 years ago wouldn’t have been there,’ says Gilchrist. ‘The rise in obesity within women has also been a factor to the increase of C-sections.’

The risk depends on the birth. ‘There’s a balance to be struck by both types of birth,’ says Gilchrist. ‘If we look at a straightforward normal birth, this has lower risk and quicker recovery rate, however we cannot guarantee that all women will have that – some may have complications with a vaginal birth that could take a longer recovery – which also applies for C-sections.’

What are the risks?

There is some potential risk associated with C-sections, in the short and the long term. ‘For the baby, some have breathing problems that usually sort themselves out on their own,’ says Gilchrist. ‘Very rarely babies can have their bottoms or heads nipped with the scalpel but this is extremely rare.’

‘For the mother, in rare cases there can be damage to organs that surround the uterus, bleeding and sometimes infection,’ she adds. ‘In the long term, we know that there is some association with difficulties conceiving again after a C-section, but there is not a great deal of evidence to support that,’ explains Gilchrist. ‘Women could have higher complication rate with the next pregnancy, due to the scars on the uterus.’

Should you opt for a C-section?

Gilchrist recommends you do some thorough research before making any decisions. ‘Use trusted websites – for example NHS Choices and NICE,’ advises Gilchrist. ‘Also arrange to speak with a consultant midwife at the hospital who deals with C-sections, they can give you current and up to date evidence to help you balance that decision. Speak to an obstetrician, you can ask for these appointments to go through this process.’

Women should be viewed holistically, taking into account their emotional and physical well-being.

‘For many women, the fear of giving birth is high. It might be worth exploring why they feel that way. Talk to your midwife and consultant,’ she adds. ‘Explore the reasons why you may be fearful of having a vaginal birth – this could open up a more personalised form of care.’

Trish Nolan Melfi, Deputy director of midwifery at Private Midwives, agrees. ‘I believe as health professionals we should be looking at safest option for mother and baby and in doing so giving them all the information available to make an informed decision on the best care possible for them and their families,’ says Nolan Melfi.

‘Women should be viewed holistically, taking into account their emotional and physical well-being and they should be given options that are tailored to their individual needs and choices.’