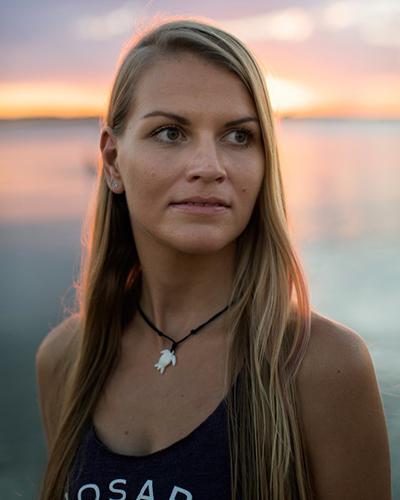 Christine Figgener could never have predicted that an eight-minute video would change the course of her career. But in August 2015, the 34-year-old marine-­conservation biologist discovered a sea turtle in Costa Rica with a plastic straw lodged up its nose. Outraged at the extreme discomfort to the creature, Figgener filmed her research crew removing the straw from the turtle’s nose, blood oozing from its nostrils.

The heart-wrenching video has racked up more than 32 million views on YouTube. “I thought I can really show what kind of harm one object can do,” she says.

Americans alone use as many as 390 million plastic straws a day—just a small proportion of the 8 million metric tons of plastic that ends up in the ocean annually. Though Figgener’s video is three years old, it continues to make waves. In July it was credited with helping galvanize broader support for moves by major companies like Starbucks and American Airlines in phasing out plastic straws. “We can all do something,” Figgener says.

Figgener grew up in Germany but moved to Costa Rica to pursue her graduate degree. She worked there for several years before beginning her PhD at Texas A&M University. Now, alongside finishing her dissertation, Figgener spends her time visiting schools to educate younger generations about the ocean and working with a group of girls in Indiana to eliminate disposable plastic utensils from their cafeteria. “This is exactly what we need—people that want to do something,” she says.

She also takes part in a pen-pal program that she hopes paints a different picture of what it means to be a scientist. “A lot of people still have in mind that scientist needs to be a white male,” Figgener says. “I want to give children the idea that they can be a scientist, too, no matter who they are.”

The original version of this article misstated the location of the girls with whom Figgener is working to eliminate disposable plastic utensils from their cafeteria. They are in Indiana, not India.