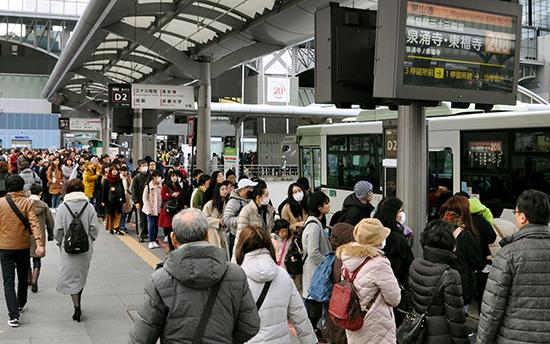 The Japanese government will introduce an electronic system for tourist visa applications in April 2020 in an effort to help achieve its goal of 40 million inbound visitors by that year, government sources said Sunday.

The online system will first be available to Chinese tourists for single-entry visa applications and then to travelers from other countries, the source said. Tourist visas for Chinese visitors accounted for nearly 60 percent of all the visas issued in 2017, according to the Foreign Ministry.

The government plans to add other types of visas to the new system.

The electronic visa is designed to simplify the application process, reduce workload at diplomatic missions and tighten immigration control, with visa data to be shared with airlines, ahead of the 2020 Tokyo Olympics and Paralympics.

Visitors will be able to apply for tourist visas online through travel agencies.

As the government is looking to boost tourism as a pillar of its growth strategy, it aims to bring the visitor number to 40 million by 2020 and 60 million by 2030.

Chinese visitors have been the biggest chunk of foreign tourists to Japan by country and region. A recent survey showed views by Chinese people on Japan have improved after years of deteriorating relations over a territorial row and wartime history.