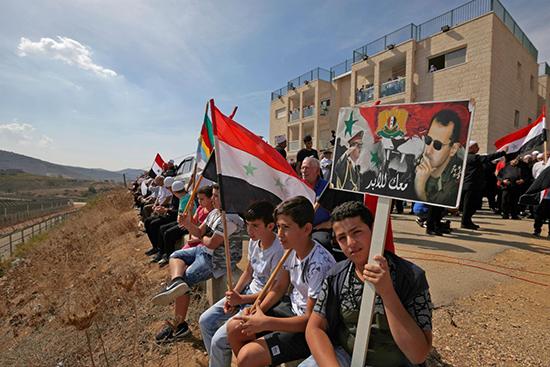 Al-Qaeda-lined Takfiri terrorists say they refuse to either leave a planned buffer zone in the northwestern Syrian province of Idlib or hand over their weapons.

Russia, a Syria ally, and Turkey, which sides with anti-Damascus militants, have planned the de-escalation zone.

The countries had set an October 10 deadline for the Takfiri and militant groups there to surrender their arms and also called Sunday midnight the last time by which those groups were expected to leave the area.

As the second deadline was looming, the HTS also said it would not lay down its arms either. “We will not abandon them or hand them over,” they said.

“We appreciate the efforts of all those who strive inside and abroad to protect the liberated area and forbid its destruction or massacres being carried out in it,” the HTS, meanwhile, said. AFP interpreted the remarks as being directed at Turkey.

“But at the same time, we warn of the deceitfulness of the Russian occupier and against any trust in its intentions,” the group added.

Ankara’s agreement with Moscow forestalled an imminent offensive to liberate Idlib, which contains the largest concentrations of remaining Takfiri terrorists in Syria, but is also being roamed by several Turkish-backed militant groups.

On Sunday, mortar shells were fired from the zone onto the nearby Hama Province, killing two Syrian soldiers, the UK-based so-called Syrian Observatory for Human Rights said.

Syria’s Al Watan paper reported similar violations. It said that western parts of the neighboring Aleppo Province were being hit by “rocket fire and shelling with heavy weapons, which were supposed to be pulled out from the area.”

Damascus has clearly asserted that the Idlib agreement is only “temporary,” and that the province should ultimately come under government control.

Russian Foreign Minister Sergei Lavrov on Friday confirmed that the agreement is temporary and that the Syrian government should ultimately regain control over the entire territory.